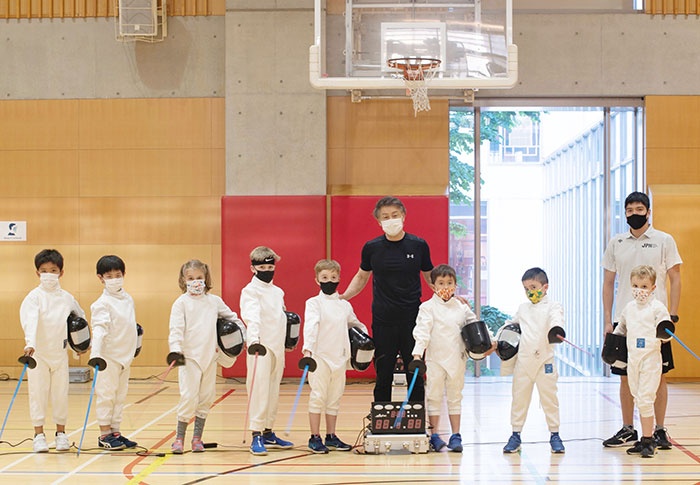 Get started on your piste progress with this introductory program.

What will the students learn in this class?
Beginner and intermediate students learn the foundations of fencing, including moves, stances and equipment. After learning the basics, students have the skills to continue fencing recreationally or as part of a school program. Advanced students focus on competitive skills, such as body and sword control, footwork and timing.

What are the benefits of this class?
Fencing is a sport that requires strategic thinking, quick decision-making and strong mental focus. The training system provides a clear development path for students.

Who will teach this class?
Koji Emura was the first coach in Japan to certify as a fencing master. He has worked as national team coach, manager and director with the Japan Fencing Federation for more than 25 years. As team manager and coach, Emura helped the Japanese team to silver medals at the Beijing 2008 and London 2012 Olympic Games. At the 2015 World Fencing Championships, his team won Japan’s first-ever world fencing title. In addition to coaching, Emura is a pioneer in the development of children’s and wheelchair fencing.