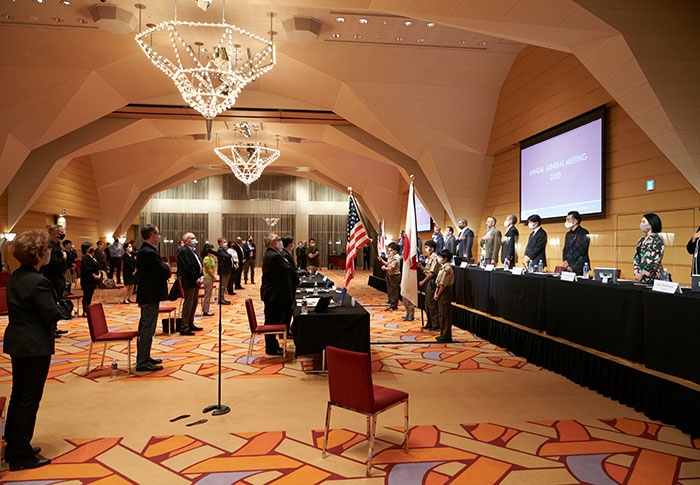 The Club unveils its new Board of Governors at the Annual General Meeting (AGM) on November 30.

With a total of 15 candidates running for the Board, Voting Members can cast their votes online from November 15. Voting runs until 10pm on November 29.

In this election, up to four Americans, one Japanese, one “other nationality” candidate and one Connections representative may be selected to serve for a two-year term on the Board.

Candidates must first receive a majority (over 50 percent) of votes. Board positions are then filled in the order of the number of votes received by each candidate.

The AGM agenda also includes votes on a number of resolutions, including the Club’s budget for the 2022 financial year, the selection of a statutory auditor and amendments to the Articles of Association and General Rules to create new satellite club membership categories and set guidelines for membership conversions between the Azabudai and Nihonbashi clubhouses.

At the close of the AGM, the new Board meets to select a representative governor and other officers of the Board’s executive committee.

Voting Members
To maintain their Voting Member status, Voting Members must cast their ballot in advance, in person during the first 15 minutes after the AGM is called to order or by proxy.

Those eligible Members who have not yet registered to vote can find details on how to register on the Voting page of the Club website.

American Citizens (four to be elected)

Japanese Citizens (one to be elected)

Other Nationalities (one to be elected)

Connections (one to be elected)