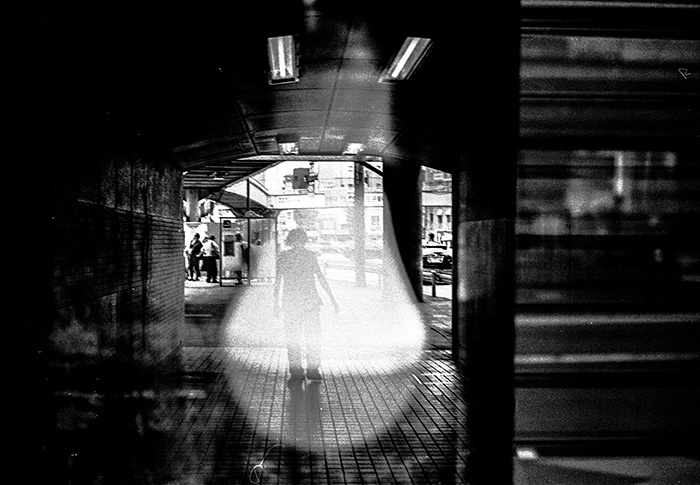 Creative inspiration can emerge from the most unlikely of situations. This has certainly been true for Japanese photographer Michiko Kiseki.

“After struggling with internal conflicts, I visited Hong Kong, where I grew up, to look at myself in a new light,” Kiseki says. “Overwhelmed by the power of the people’s lives, I decided to stay and photograph them in 2019. Encountering the Hong Kong pro-democracy protests, I was so moved by the people who spoke up that I cried and continued to take photos on the front lines.”

Born in Belgium and raised in Hong Kong, she returned to Japan at 14 and later studied photography at Nihon University College of Art.

When the pandemic upended the world in 2020, Kiseki found herself back in Tokyo.

“I thought the days would remain the same, but the world changed completely in a single day,” she says. “I wanted to capture Tokyo’s transformation, so I loaded the 35mm film that I had already shot with my Contax T2 and used double exposures to capture the city while walking around.”

The resulting collection of photographs at the Frederick Harris Gallery is titled “Double Tokyo.”

All works are available for purchase through Member Services.

Artistic Thoughts
Moment I realized I wanted to become an artist.
MK: I can’t really recall.

What I would tell my 20-year-old self.
MK: Don’t try to be strong, just be yourself.

My perfect creative environment.
MK: An environment in which you can move anywhere freely, with two stations in opposite locations.

Artist, living or dead, I’d most like to share a meal with.
MK: French photographer Henri Cartier-Bresson and American photographer Irving Penn.