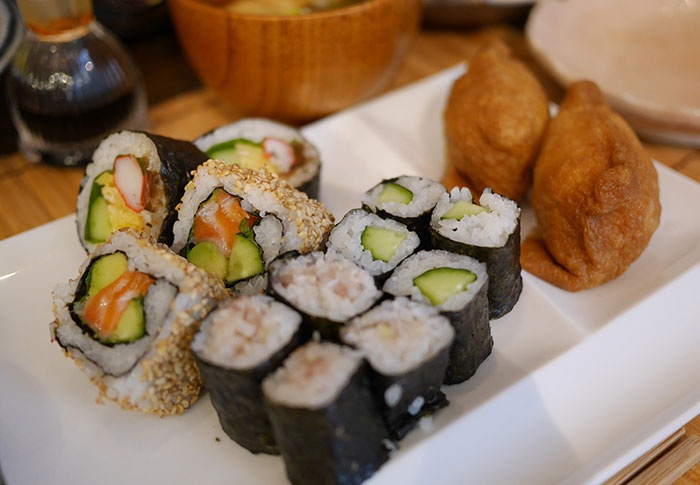 Rock and roll (up some sushi)!

What will I learn in this class?
If there’s one dish you need to learn while living in Japan, it’s sushi.

In this class, join two experienced Japanese chefs as they demonstrate and guide students through a hands-on preparation of their own sushi rolls. Students will try their hand at thick futomaki rolls, thin hosomaki rolls and inverted uramaki rolls (also known as the American classic California roll).

All participants will receive dessert, tea and their choice of beverage during class as well as recipes to take home.

Who teaches this class?
Junko Takashima grew up with a licensed cook for a mother and learned her way about the Japanese cookbook early. In 2018, Takashima founded JJ Kitchen in Tokyo, a cooking studio focused on introducing Japanese culinary techniques to chefs from other cultures.

Eiko Ishikawa was born near Kanazawa but grew up in California, Illinois, Texas and New Jersey. After working at a number of foreign subsidiaries, moved on to pursue her passion in cooking. She has experience drafting recipes and cooking for small events and currently works with Junko Takashima at JJ Kitchen in Tokyo.

This class is over.