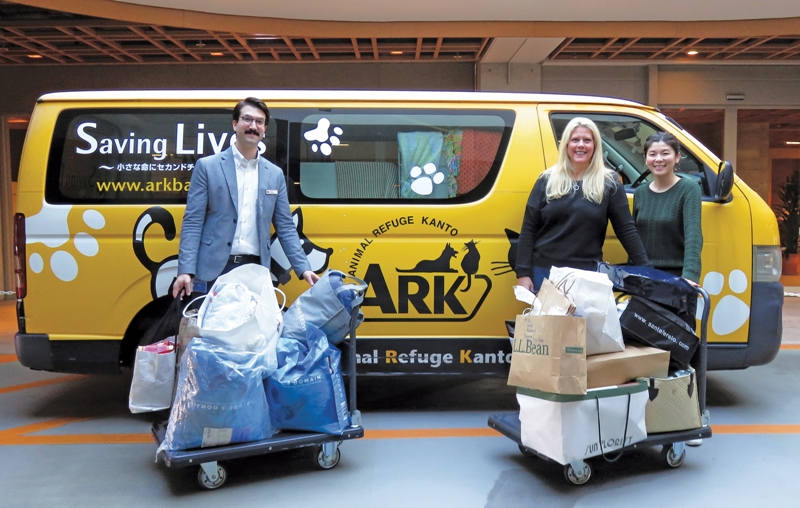 Members showed their generosity during the Club's December charity drive for Animal Refuge Kansai (ARK), an animal shelter and rescue organization in Tokyo and Osaka.

The campaign kicked off at the Library's Christmas Story Time on December 1 and ran until the end of the month.

A nonprofit, ARK has rehomed thousands of cats and dogs since its founding in 1990.