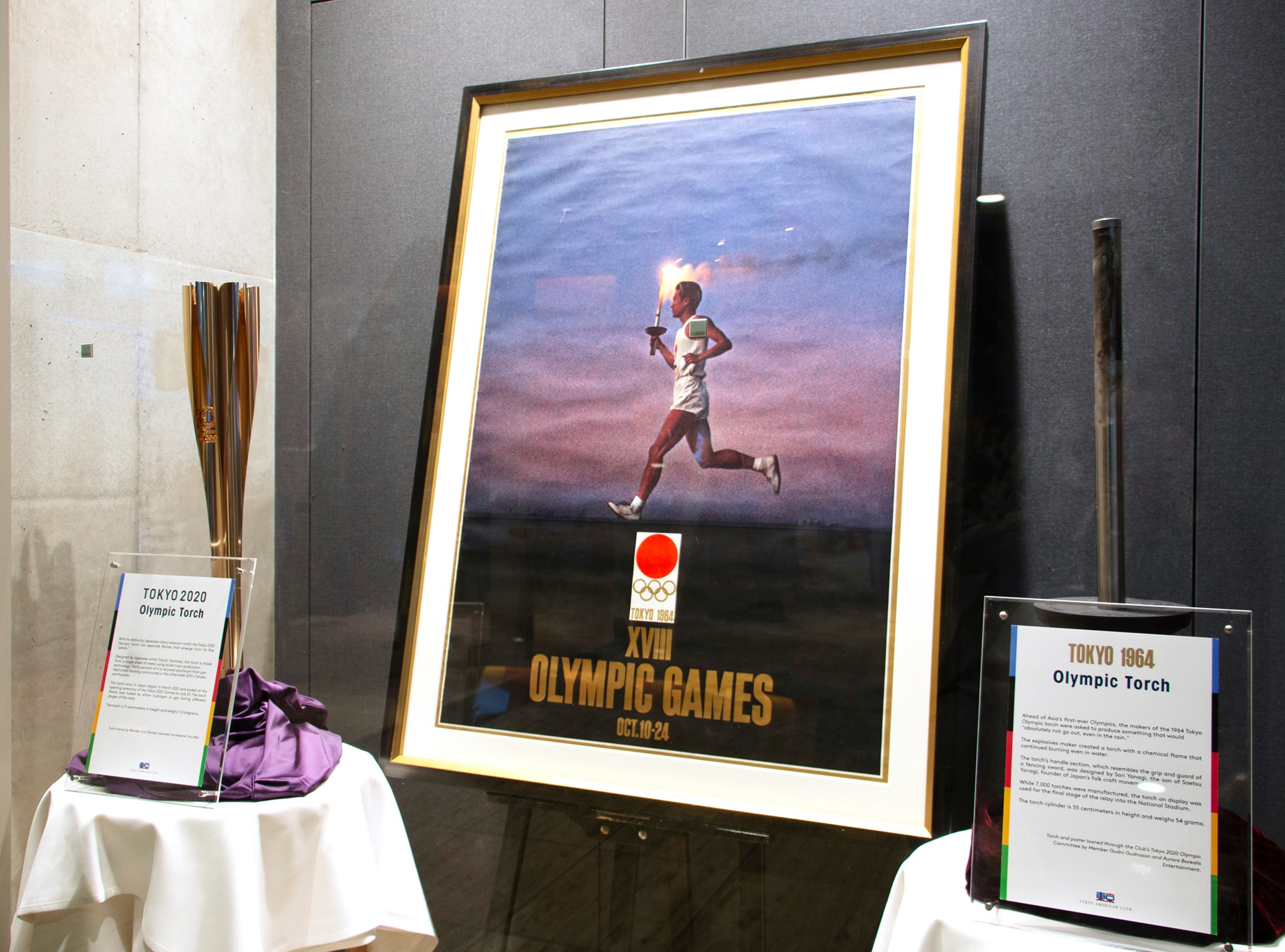 Loaned generously by Members Gudni Gudnason and Aurora Borealis Entertainment and Toru Abe, respectively, the fencing-inspired 1964 torch and the 2020 model, partially made from recycled temporary housing following 2011's Tohoku earthquake, offer a fascinating look into the history of the quadrennial sporting event.

The torches remain on display through September 5.