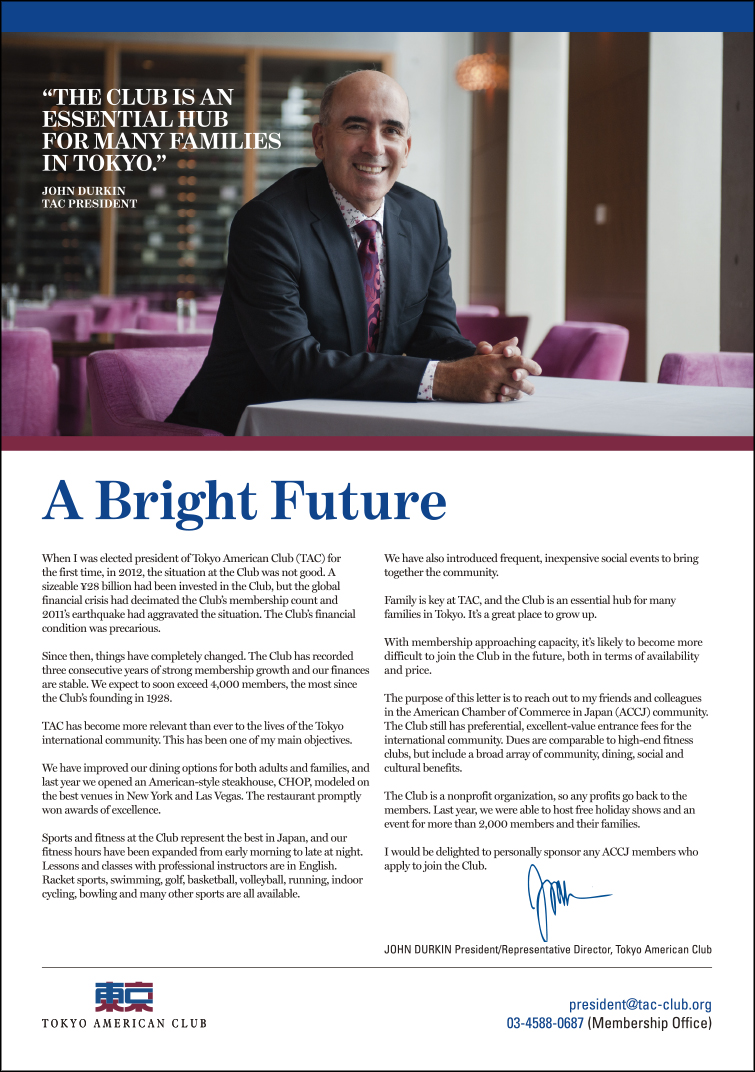 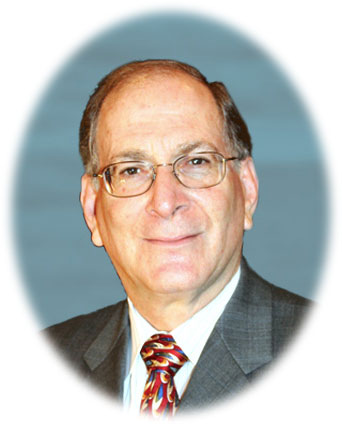 A longtime Japan resident, he twice served as a diplomat with the US Embassy and was a senior executive at various companies and organizations in Tokyo.

Besides serving on the Club's Board of Governors for three two-year terms, he was a member of the board of the American Chamber of Commerce in Japan and served as vice chairman of the Japan-US Friendship Commission.

"Myself and the entire Tokyo American Club community are saddened to hear of Ira's passing," said Club President John Durkin. "The community is forever grateful to Ira for his contributions, and we will miss him very much. I personally found Ira's advice over the years to be thoughtful and wise. Ira's contribution to Tokyo American Club is one reason we are so successful today."

Ira is survived by his wife, Jeanne.

Congratulations to the four Members who were selected from the Membership satisfaction survey lucky draw.

Matthew Tappenden won catering for 20 people, Paul Hardisty will enjoy dinner for two at CHOP Steakhouse, Ralph Wintrode has the opportunity to unwind in one of the Guest Studios and Matthew Meritt won a massage at The Spa.

The extensive survey, which was conducted in September, revealed a significant improvement on the results of the last survey in 2013.

In the most recent questionnaire, 39 percent of Members said they were very satisfied with the Club, more than double 2013’s figure, while 50 percent indicated they were satisfied.

In addition, 73 percent of Members either strongly agreed or agreed when asked whether Club membership represented good value.

Review a summary of the results here.

The late Matsumura was a Member for nearly 30 years and the fund in his name is used for a Club staff overseas internship program.

Most recently, CHOP Steakhouse's Kevin Nishino and Michiko Suzuki spent the month of September at the Jonathan Club in Los Angeles as part of the Jiro Matsumura Internship (JMI) program.

Tani, of Homat Homes, the company established by Matsumura, presented the check to the Club's general manager, Tony Cala.

The Club's American Bar & Grill restaurant is set to offers dinners of exceptional Tsukiji-fresh seafood and prime rib from December 14.

“We spent some time perfecting these recipes,” the Club's executive chef, Lindsay Gray, recently told iNTOUCH magazine. “We’ve already had a couple of US passport holders try the sourdough and say, ‘It feels like I am eating on Fisherman’s Wharf.’”