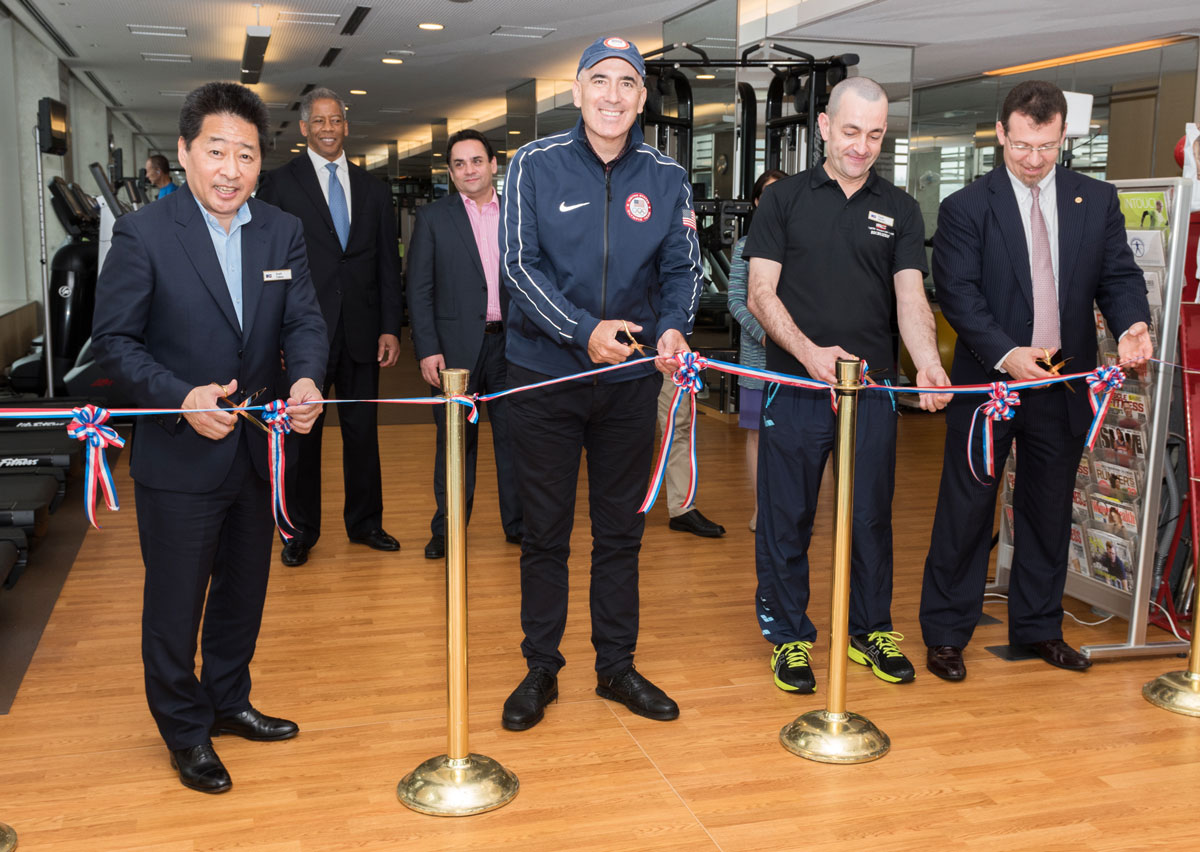 The Club opened its renovated Fitness Center at a ribbon-cutting ceremony at the end of April.

The expanded space features a larger stretching area and around 40 brand-new, state-of-the-art cardio and strength-training machines.

"The investment was made possible by the Club’s favorable business results over the past two years," he wrote in an e-mail to Members. "I am confident TAC is best in fitness. I hope you enjoy our new facilities." 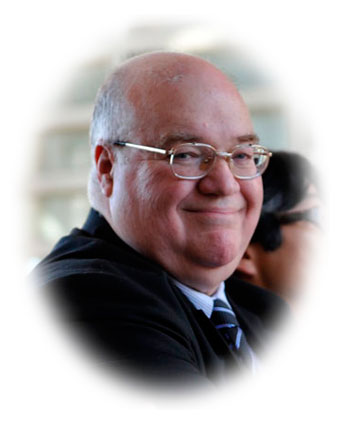 A longtime Japan resident, he served on the Board on three occasions, most recently from 2008 to 2009.

"The Club is saddened to learn of the passing of former governor Jerry McAlinn," said Club President John Durkin. "Jerry was a longtime Member of the Club and was principal to the Club’s redevelopment and revision of the Articles of Association. He will be greatly missed by all."

As a professor at Keio Law School in Tokyo, he wrote extensively about American and Japanese law and discussed the subject in an interview with the Club magazine in 2011.

Surf, the Club’s refurbished Guest Studio, opens its doors to guests from May 6.

With its ocean-themed interior, designed by the Tokyo-based firm Plus Furniture Company, Surf replaces Fitness in the lineup of seven overnight rooms.

Surf is the first Guest Studio to feature two queen-size beds, a detail that is bound to prove popular with guests, particularly those with children. 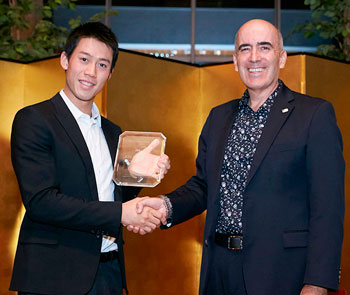 The Club is asking Members to suggest candidates to receive its various awards.

For more than 25 years, the Club has been honoring individuals for their achievements in different fields.

The Culture, Community and Entertainment Committee will review all nominations and offer its suggestions to the Board of Governors for approval.

The Club has established a relief fund to help survivors of the devastating earthquakes that struck Kumamoto and other parts of Kyushu earlier this month.

Donations will go to support the relief efforts of Second Harvest Japan.

The Tokyo-based charity is working with its partner, Food Bank Kagoshima, to help those in affected areas.

Members can donate to the Club's Kumamoto Earthquake Relief Fund through a dedicated fund page or in person at Member Services.