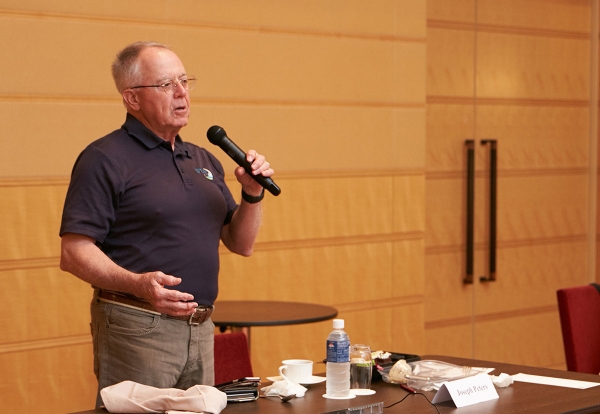 What makes a good public speaker? According to the Club’s Toastmasters chapter, perseverance, diligence and the courage to fail.

It wasn’t Makoto Ishiwata’s first speech, but he had never had to deliver one via the online Zoom platform before.

To make matters worse, the January contest was running over time, leaving Ishiwata, the last speaker of the evening, to wait with nothing but his anticipation.

No matter, Ishiwata thought. All his years with the Club’s Toastmasters chapter had trained him to remain calm.

“As we all know, to learn something, we have to experience failure and danger,” says Ishiwata, 59, who joined the Club and its Toastmasters contingent in 2011. “Avoiding them doesn’t really improve us. So we have to take risks. We have to have courage to try, and that was my message [in my speech].”

Ishiwata didn’t win that particular contest, but his can-do attitude typifies what the Members involved in the TAC Toastmasters Club treasure about their bimonthly luncheons.

While now in a hybrid format, each meeting’s agenda remains the same: Members deliver personal anecdotes and professional wisdom, receive positive feedback and constructive critiques from their compatriots and brainstorm their next speeches based on what they’ve heard during each session.

It’s a remarkably simple solution to a common issue: fear of public speaking, which ranked 54th in a 2019 Chapman University survey of Americans’ top fears. That placed it between globalization and murder by a stranger in the list (fear of corrupt government officials was first).

Public speaking nerves might appear abstract, but the effects are all too real in the business world. Poor presentation skills can sink an otherwise successful pitch or doom a startup’s shot at financing. Most of all, knowing how to effectively speak to colleagues can be the difference between a productive and happy office and one with high staff turnover.

The Club’s Toastmasters group has been helping Members avoid those pitfalls and boost their confidence since 2005. The variety by which each individual garners those benefits is one of the chapter’s greatest strengths. 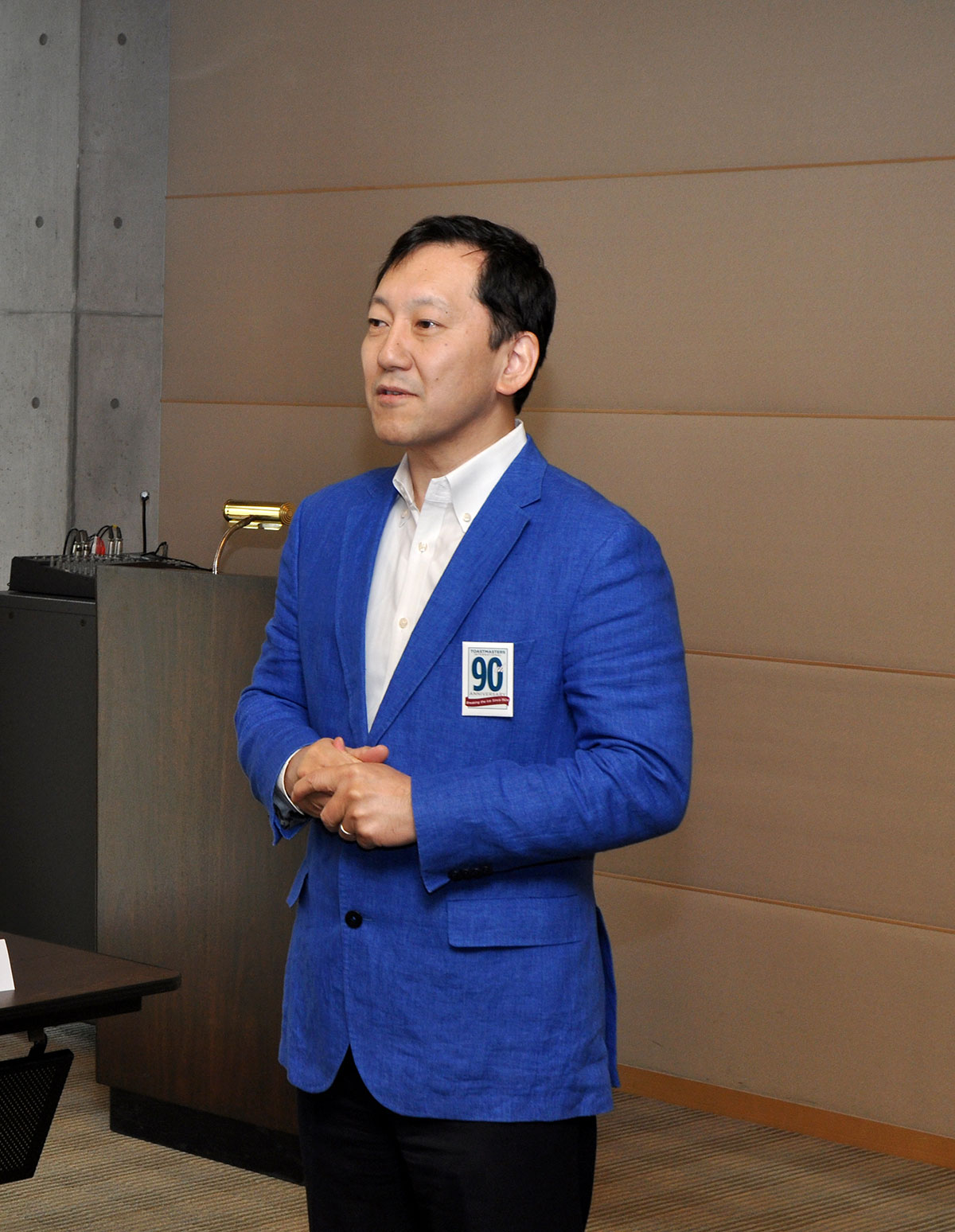 “For me, Toastmasters is like my intellectual candy,” says Member Betsy Rogers, 49, a fairly recent addition to the group. “People come from different countries and different backgrounds and have different points of view. That’s refreshing for me.”

“Toastmasters clubs are excellent organizations, no matter where they are,” says Ishiwata of the global nonprofit that was established in 1924. “But the Club’s is one of the best. The Members are all outstanding in many different areas and they exchange experiences in a very friendly way.”

One of the founding fathers of the Club’s Toastmasters chapter is Joe Peters. A longtime member of the Foreign Correspondents’ Club of Japan, which operated its own Toastmasters group, Peters and a handful of other Members decided to leverage the wealth of experience and knowledge among the American Club’s membership.

“Toastmasters is about two things, mainly: overcoming your fear about learning how to be a better public speaker and leadership,” says Peters, 73, the group’s current vice president of education.

To ensure the smooth running of each meeting, participants take on different roles, such as timekeeper and “ah-counter,” the person tasked with noting when a speaker uses filler sounds like “um” or “ah” (or their Japanese equivalent) that can impede a smooth speech.

Improvement in Toastmasters is always on a sliding scale. After all, there’s always more to learn and rarely, if ever, such a thing as a perfect speech. But Member Pue Yen Lee says she has seen a marked improvement in herself since joining the chapter in March 2019.

“I went in with a very clear intention of wanting to build my confidence in public speaking and, more importantly, to train myself and learn from the other Members to be able to speak in a more succinct way,” says Lee, 35. “I really saw that as something very exciting and it’s an area that I had not really branched out into.”

Lee’s first speech, as with every newcomer, was the icebreaker speech. The subject is always yourself, and Lee explained her reasons for joining and how the birth of her second daughter spurred her to dedicate more time to personal development as well as caring for her growing family. It represented that all-important first step in any new endeavor.

“My goal with the icebreaker speech was just to do it,” Lee says. “The fact is you need to reach out and start taking actions. That itself is a huge confidence boost.”