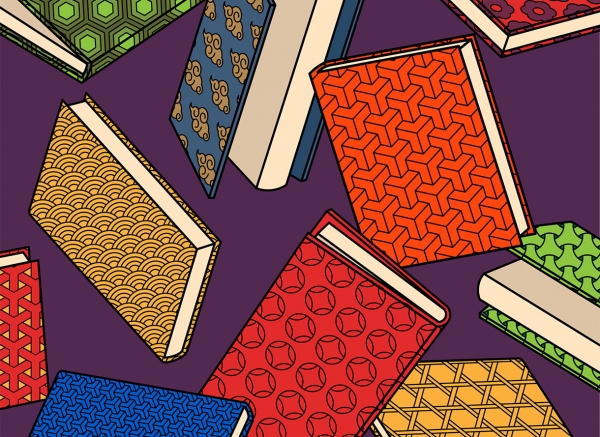 Writers, readers and translators of contemporary Japanese fiction open the book on the genre’s global appeal.

Even for the famously reclusive Emily Dickinson, there was nothing quite as transportive as a good read.

“There is no Frigate like a Book,” the American poet wrote in an 1873 letter, “To take us Lands away.”

Any bibliophile can vouch for the rapturous power of literature. What, then, does that say for the power of writing borne of another culture?

“Translated fiction from overseas is a good way of finding another way of doing what you’ve been doing,” says Motoyuki Shibata. “I think many people these days seem to be trying to open themselves to new ways of [living].”

For decades, Shibata, 66, has existed in the littoral zone between languages as a translator of contemporary American authors into Japanese. A retired Tokyo University professor, Shibata is primarily responsible for introducing Japanese readers to the likes of Thomas Pynchon, Paul Auster and Stephen Millhauser.

Now, the Tokyo native devotes himself to a permutation of his life’s work: introducing non-Japanese readers to Japan’s literary treasures. 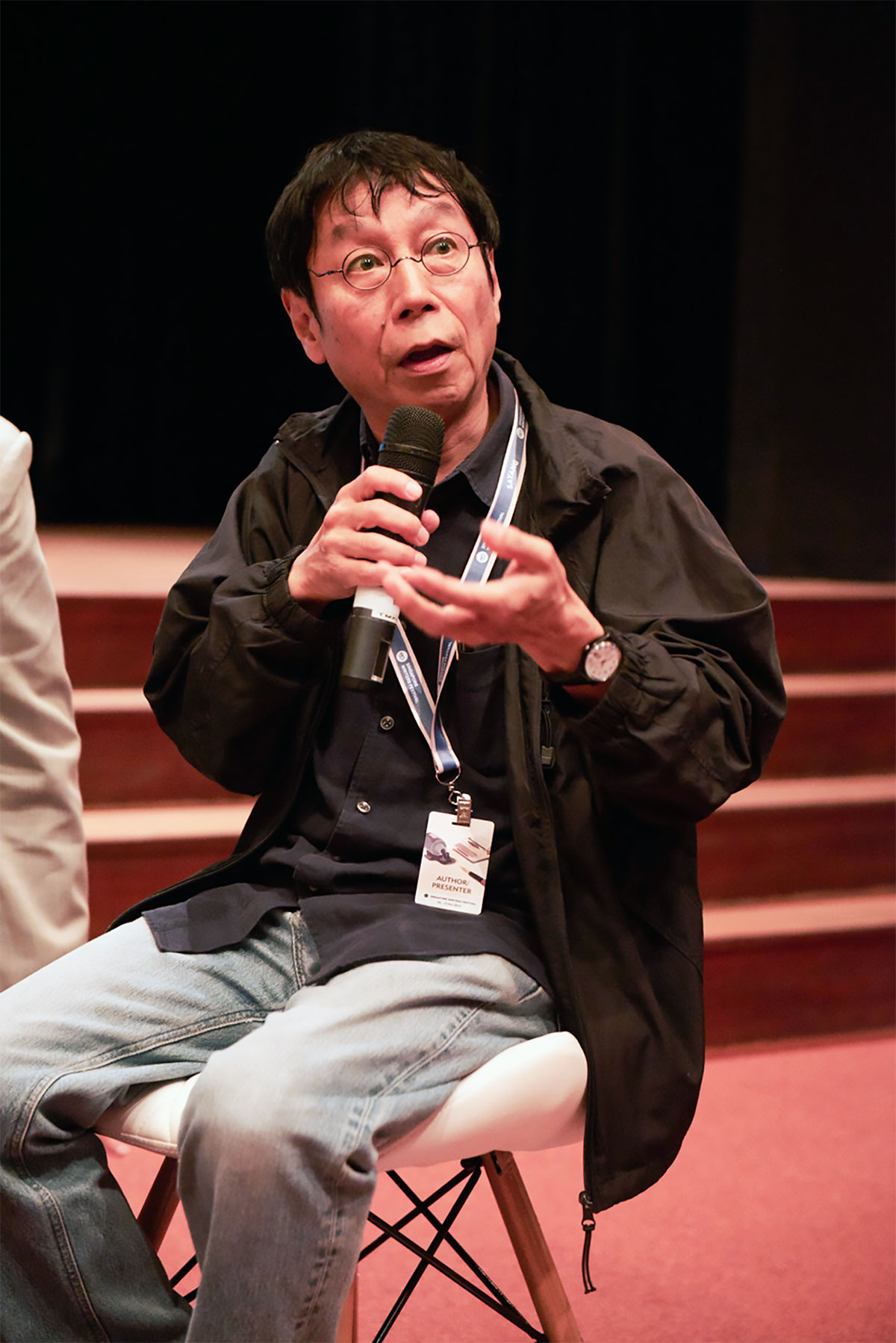 “The main purpose: to introduce brand-new stories from Japan to an English-speaking audience,” Shibata says.

Even though readership may be on the wane in the face of digital distractions, the journal is as much an attempt to popularize lesser-known Japanese writers abroad as it is a stab at satiating readers with a growing appetite for Japanese literature.

“People who do read are really interested [in the writing coming out of Japan],” says Shibata, who discusses the world of contemporary Japanese fiction alongside fellow translators and authors on May 26. “Writers know that what they do is being taken seriously.”

Japanese literature is hardly a newcomer to the international stage. The first English translation of the 11th-century work The Tale of Genji (referred to by some as the world’s first true novel) was released in 1882. The 20th century was marked by the worldwide acclaim for Japanese writers like the Nobel Prize-winning Yasunari Kawabata and Kenzaburo Oe.

Today, Japanese represents the fourth-most translated category of literature into American English. In Britain, there is a growing appetite for books from other cultures: a 2019 study by Nielsen Book and the Man Booker International Prize revealed a 20 percent year-over-year growth in translated literary fiction.

In the niche of Japanese fiction, Shibata attributes its appeal today largely to the pioneering work of Haruki Murakami in the 1980s and ’90s.

“Nowadays, when [foreign readers] see a book from Japan, they stop,” he says. “It’s a sort of readiness on the part of readers. And that readiness was created by Murakami.”

In June 2018, Sayaka Murata’s Convenience Store Woman, the irreverently written novella of a middle-aged woman who goes to extremes to remain detached from mainstream society, became the latest work of Japanese fiction to receive international attention. It has been translated into more than 30 foreign tongues.

It is a testament, Shibata asserts, to contemporary writers and their determination to break new storytelling ground.

“Back in 1960 and 1970, the language of literature [in Japan] was supposed to be very serious, almost tortured,” he explains. “Murakami changed all that almost single-handedly, and newer writers are driving that idea even further.” 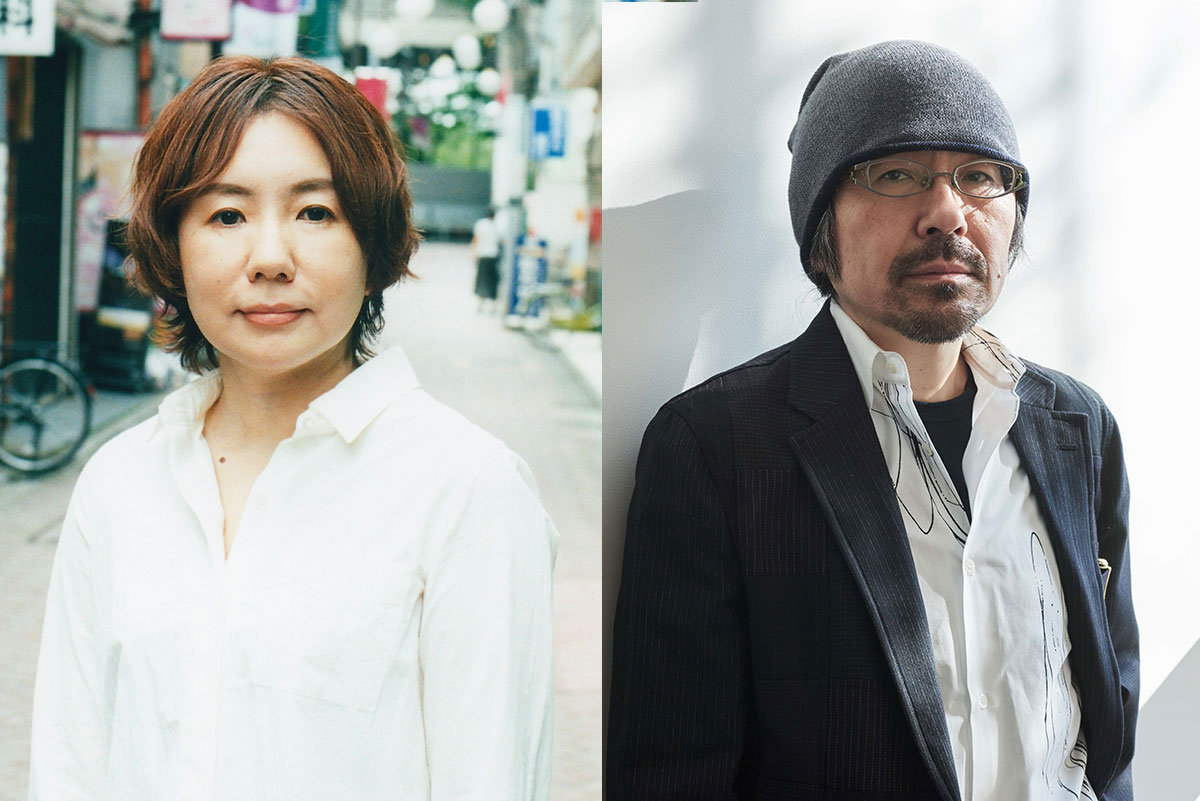 “I was more exposed to translated literature [as a child],” Furukawa says. “For example, I really admired fiction from Latin America. Reading it was like an explosive realization there are not only countries completely different from Japan but also new, vibrant ways of imagination and expression.”

Furukawa, 55, is one of a number of Japanese writers willing to grapple with the past to produce something new for the present.

“Sometimes you feel like he’s just giving a reading of [Colombian writer] Gabriel García Márquez’s literature,” says Jordan Smith, whose translation of a short story by Furukawa appears in Monkey’s inaugural issue. “But then you realize he’s giving a distorted reading of Márquez. And it’s that distortion that produces the most interest [to the reader].”

Not even Furukawa’s compatriots are safe from his reinterpretations. In 2017’s Slow Boat, the Fukushima native not-so-gently apes the hallmarks of Murakami’s most popular novels—listless narrators, inscrutable female companions, jazz—in a 123-page firecracker that jumps from scene to scene with palpable abandon.

“[Contemporary Japanese novels] are a lot freer in the way that they develop plot,” says Smith, an associate professor at Josai International University, who also appears at this month’s TAC Talk. “They tend to be a little bit more of a wild ride. And I think that’s really fun.”

“I think the classics sometimes feel less relevant for us today,” says Member and avid reader Stefanie Rueller, 50. “Whereas the themes in contemporary writing are easier for us to understand. It makes it more relevant.” 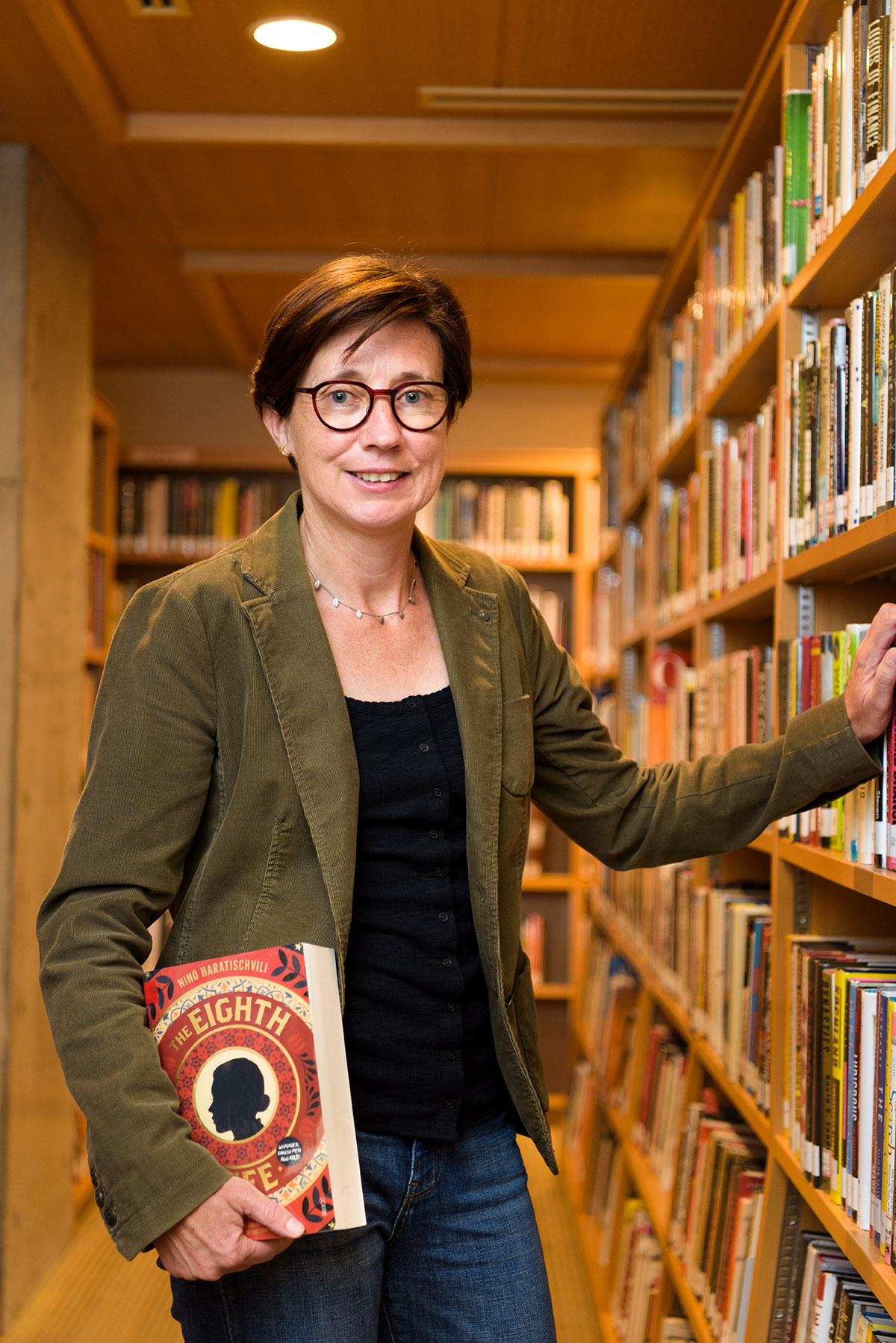 While some of that aesthetic might be down to the writers’ own unconventional outlooks, an even larger part comes from what translator and Middlebury College professor of Japanese studies Stephen Snyder calls contemporary Japanese fiction’s “appealing balance of the familiar with the strange.”

“Narratives establish a base-level of the recognizable everyday, only to tip over into the marvelous as the story progresses,” explains Snyder. “This combination, perhaps most easily seen as a particular Japanese take on magical realism, is one that continues to find favor with global readers.”

Such appeal almost explains itself. From the first Japanese ghost stories translated into English by Lafcadio Hearn, Western readers have been magnetically drawn to the otherness evinced in Japanese literature. But if that were the sole charm of the country’s modern literati, novelist Tomoka Shibasaki points out, they would hardly hold the global allure they do today.

“The other day, I was surprised to read that an Armenian reviewer wrote that Murata’s Convenience Store Woman reminds them so much of their own country,” says Shibasaki, 47, whose 2017 novel Spring Garden won the prestigious Akutagawa Prize. “It’s as if more and more Japanese writers have a prescient sense of and are able to describe the common conditions of global society.”

Why might this quality have been missing from the output of earlier generations of talented writers? Shibasaki’s English translator and fellow Monkey contributor and Club panelist Polly Barton has a simple answer: inclusion.

“I think we’re seeing in [modern] Japanese fiction an influx of the kinds of marginalized voices that were previously not deemed suitable for listening to,” says Barton. “I think that writing as a woman in Japan, there’s less opportunity to rest on well-trodden tropes, and that tends to produce better fiction.”

Since 1980, Akutagawa Prize winners have been predominantly male. Only in the last decade have female winners come to outstrip their male counterparts. 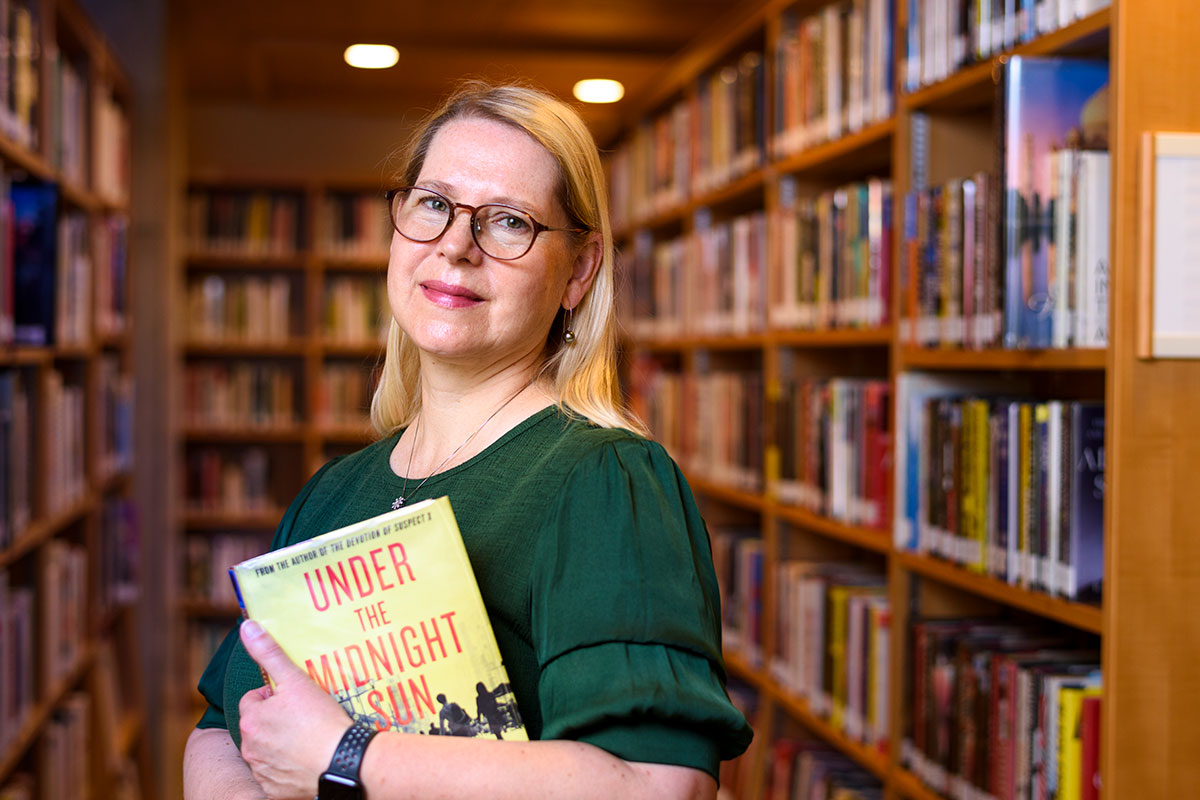 This proliferation of voices benefits writers and readers alike.

“It’s been fun to see Japanese literature become more flexible,” says Member Kaaren Kunze, 55. “It’s still introspective, but the characters are more entertaining. [Today’s writing] still very much has a wonderful meaning to it and a lot to think about while you’re reading.”

As journals like Monkey spur the translation of more Japanese literature, there will be even more opportunities for readers like Kunze to expand their literary horizons. And that, Furukawa says, is the whole appeal.

“Isn’t it fair to say that any reader interested in foreign literature is just trying to grab ahold of some unknown world?”