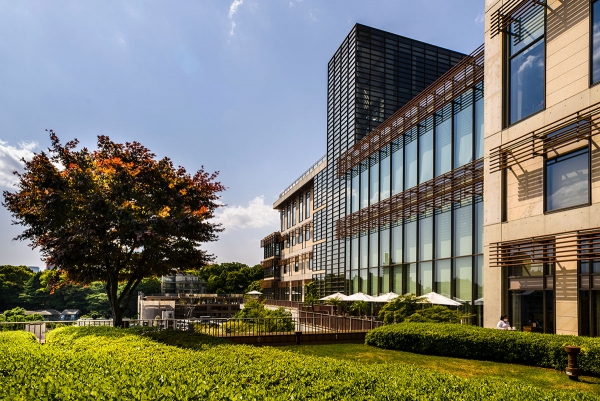 With climate change and global emission targets dominating headlines, how is the Club grappling with the sustainability challenge?

Humanity is producing just short of 36.5 billion metric tons of carbon dioxide annually. That’s equal to the greenhouse gas emissions of 9 billion cars (there are a total of 1.4 billion cars on the planet) or 9,200 coal-fired power plants each year.

In Japan, that translates to 8.7 metric tons of ocean level-rising, mercury-inflating, climate-changing CO2 for every man, woman and child.

According to the UN, that figure must drop to 4.8 metric tons per capita by 2030. To avoid irreversible climate damage by 2050, the Japanese government recently announced, it must approach net zero.

Be it a precipitous reduction in energy consumption or tremendous strides in carbon-capture technologies in the years to come, it’s clear that the road ahead will not be an easy one—including for organizations like the Club.

Some may see true sustainability as an impossible goal. But 19th-century English writer Sydney Smith warned that it was “the greatest of all mistakes to do nothing because you can only do little.”

“I’ve heard from many Members: ‘Why don’t we have solar panels? Why don’t we grow produce on-site?’” Trista Bridges Bivens says. “These are interesting ideas that we could potentially pursue, but, like everything, it comes down to cost, the applicability of these technologies to the Club, and, of course, what our Members want.”

A Club governor, Bridges Bivens has more than a passing interest in how organizations approach the rapidly growing sustainability space. Besides her professional experience in the field, she is also chair of the recently established TAC Sustainability Task Force.

The group of likeminded changemakers is invested in transforming the way the Club approaches sustainability.

“We’re working on coming up with a series of recommendations for Members,” Bridges Bivens explains. “We don’t necessarily claim to have all the answers, and this is a huge, huge challenge, obviously. It’s going to take time for us, and the Club more generally, to figure all this out.”

Surmounting that challenge requires close cooperation between Member policymakers and staff with a behind-the-scenes knowledge of the Club.

“We’re using 1.4 megawatts [of power] at our peak,” says David Moore, the Club’s operations and maintenance manager, of the Azabudai clubhouse. “We produce 4,500 metric tons of carbon a year at this facility.”

State of the art at the time of its opening in 2011, the Azabudai structure is at once equipped with vital energy-conserving tools while also lacking some amenities that newer constructions boast. 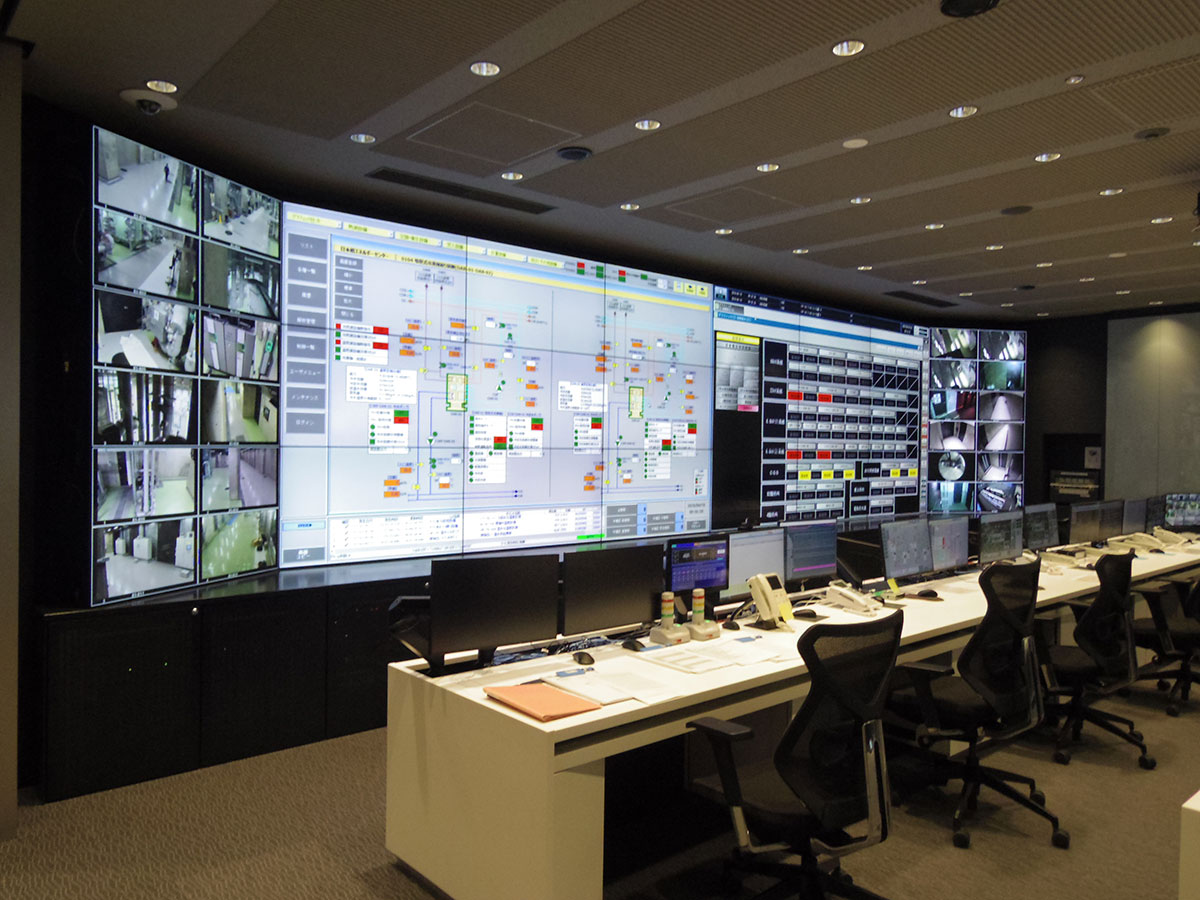 “Quite recently, committees have been wanting to know the precise energy usage of the myriad venues inside the building,” Club Facilities Director Toby Lauer says. “However, with few data points, this is a challenge we need to invest in to future-proof our sustainability efforts.”

Moore equates managing the energy efficiency of the Club to a gardener tending to a tree. It’s easy to look up at the green canopy and thick bark and proclaim it healthy. But when it comes to managing the health of individual branches and leaves, the task becomes exponentially more difficult.

In lieu of that, the Club has turned its attention to limiting energy consumption. Over the past five years, it has been replacing incandescent lightbulbs with energy-efficient LED versions where possible. The Club also collects greywater (sourced from runoff and sinks and processed in the Club’s in-house water treatment plant) for use in toilets throughout the building.

During warmer months, the Club employs two 78-ton ice blocks, frozen nightly to take advantage of off-peak electricity rates. These are then used to augment the facility-wide air-conditioning system.

“I was amazed by the amount of food that the Club throws away after buffets,” task force member Eri Hayashi says. “Maybe we need to do something to reduce waste.”

The problem is a global one, with nearly one-fifth of food discarded each year (around 28 million tons of food goes to waste annually in Japan).

Where consumption proves difficult to stem, the Club contributes through financial offsets. Since Tokyo instituted Asia’s first carbon tax in 2010, emissions from buildings across the city (the source of 20 percent of all such emissions) have dropped by 27 percent.

While structural upgrades like the installation of solar panels would require significant capital, the Club was looking to the future when it proposed the establishment of a building maintenance fund at the Extraordinary General Meeting in April. Voting Members gave it the green light.

“I think having a building maintenance fund will perhaps make it easier to kind of integrate some of these improvements going forward,” Bridges Bivens says. 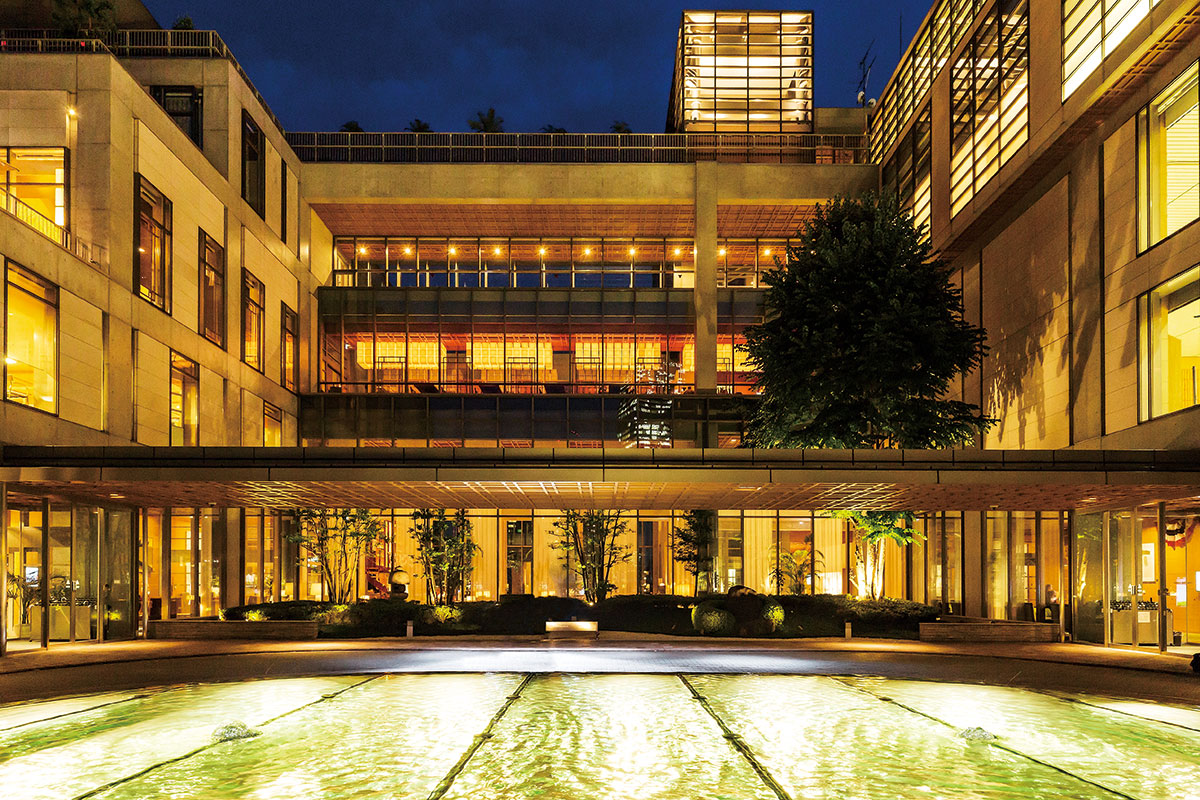 In a sprawling city as dependent on high-rises as Tokyo, it’s only natural that incentives exist to foster an ecosystem of green-conscious architecture. In 2002, the Tokyo metropolitan government launched the Green Building Program, an energy-efficiency ratings system to spur the construction of more sustainable commercial properties. As of 2021, 1,307 newly constructed facilities have met the government’s criteria on energy usage, resource management, conservation and mitigation of negative environmental effects.

The Club may not fit the strict mandates of the program, but that doesn’t mean it can’t aspire to operate like those on the list.

For some developers, investing upfront in the latest and greenest architectural technology can pay dividends down the road.

“Some tenants, some multinationals, they’ll say, ‘Headquarters says we must be in an [environmentally friendly] building,” explains Tokyo-based architect Gordon Hatton, whose company oversaw the construction of the Azabu Gardens condominium, Japan’s first Leadership in Energy and Environmental Design-certified property.

Even for developments like the Club, Hatton sees only upside to maintaining and improving on its sustainable efforts.

“The Club could look at it and say, ‘Members want a gym, but they want a gym that they know has really good-quality air. And they want their kids to be able to play in a space that’s not using chemical cleaners,’” he says. “Members may say, ‘Yeah, this is great. This club is a lot further advanced than the other one down the street. I’m glad I’m in this one.’”

With the UN Climate Change Conference scheduled for November this year, sustainability is set to dominate conversations even further. How the Club chooses to tackle the issue will begin with a discussion among those who call it home.

“We have to take the time to explain [to Members] why this is important,” Bridges Bivens says. “We need to make sure we make the business case to them. We want to make sure that they’re with us and that they support this effort, too.”

A mini power plant in the basement of Nihonbashi Muromachi Mitsui Tower, where the Club is located, is capable of delivering 4.3 megawatts of electricity to not only the tower itself but up to 20 buildings in the immediate area. It’s part of the Nihonbashi Smart Energy project, spearheaded by developer and Club partner Mitsui Fudosan.

“The plant uses the latest information and communications technology systems to predict energy consumption for the next day based on past results and weather forecasts,” Mitsui Fudosan’s Yukikazu Kawahigashi says. “This allows us to achieve the optimal use of energy conservation and carbon-emission reduction.”

The highly efficient system also captures heat waste and transfers it back for future use. The plant can even continue running during severe disruptions.

“In the event of a disaster with system-wide power outages,” Kawahigashi says, “50 percent of the annual peak power and heat will continue to be supplied to end users.”