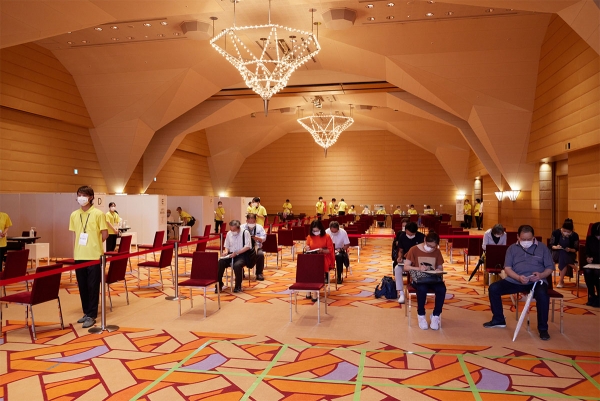 The volunteers behind the Club’s historic Covid-19 vaccination center chart the efforts to bring the idea to life-saving fruition.

All Lori Arnet could do was sit and watch as friends and family back in the United States received their first Covid-19 vaccine shots earlier this year. But flying back home to Southern California for a jab—like so many others were doing—seemed like too much of a risk.

“I haven’t traveled since the start of the pandemic,” says Arnet, 61. “I don’t really have a lot of desire to spend time in different cities in the US during this crisis. I actually feel safer in Japan, so at the time I thought, ‘I would just rather wait.’”

Days turned into weeks turned into months. News stories about Japan’s ambitious mass vaccination centers trickled out, but by late spring, no vaccination roadmap had materialized for Tokyoites like Arnet.

“It was more than a little stressful not being able to have access to the vaccine,” Arnet says.

Then, on June 4, a lifeline came in the form of an e-mail from the Club. From July 5, the New York Ballroom would serve as a designated Covid-19 vaccination site for Minato Ward residents—eligible Members like Arnet included.

In some ways, Arnet’s appointment at the vaccination center unfolded like any other visit to the Club. She arrived mid-morning and headed down to the B2 event space. Lining up with other Members and ward residents, she handed over her relevant documents, confirmed her medical history with an English-speaking doctor and rolled up her sleeve. 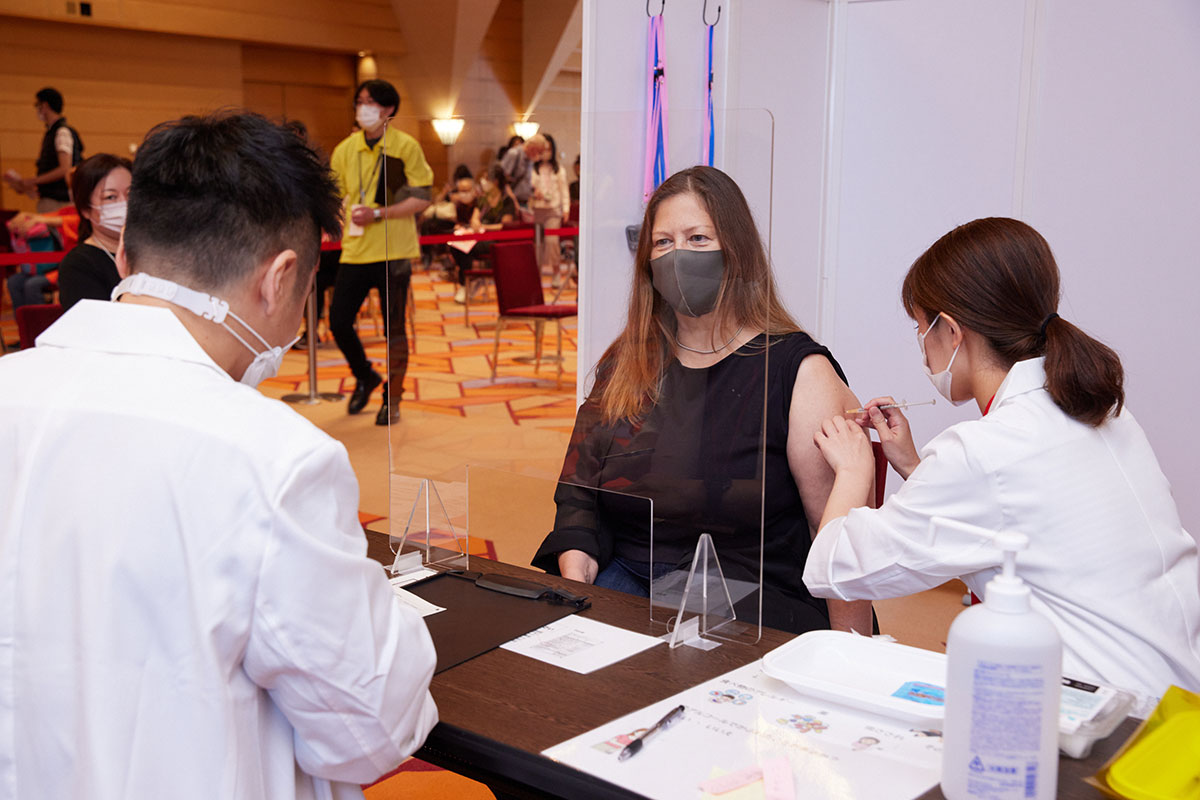 In a matter of minutes, Arnet became one of the first of an expected 30,000 Minato Ward residents to receive the first of two vaccine doses at the Club.

Launching the Club’s vaccination center was in many ways as much a victory as the vaccine itself.

“Watching the news from the US, it seems so simple,” says Sam Rogan, the Club’s first vice president. “You drive up to a Walmart, they have people standing out there in the parking lot, they jab you and you move on. But here, there’s an attention to process and documentation and things like that. So many things need to line up.”

Rogan, 54, kick-started that process 10 weeks prior to Arnet’s shot. At a meeting of Club leaders and management, he pitched a half-formed idea to the room: with so many Members involved in healthcare and the pharmaceutical industry, couldn’t the Club play a role in the vaccine rollout?

Rogan began running down leads. He contacted a Member working at a pharmaceutical multinational, who connected him with the company’s head of vaccines for Japan. After reaching out to Minato Ward, he sat down with officials from the Minato Public Health Center to discuss the details of how the Club would serve as a local vaccination site.

The day the Club announced the planned partnership with the ward, a call for volunteer medical professionals also went out. Dozens of Member doctors, dentists and nurses registered. 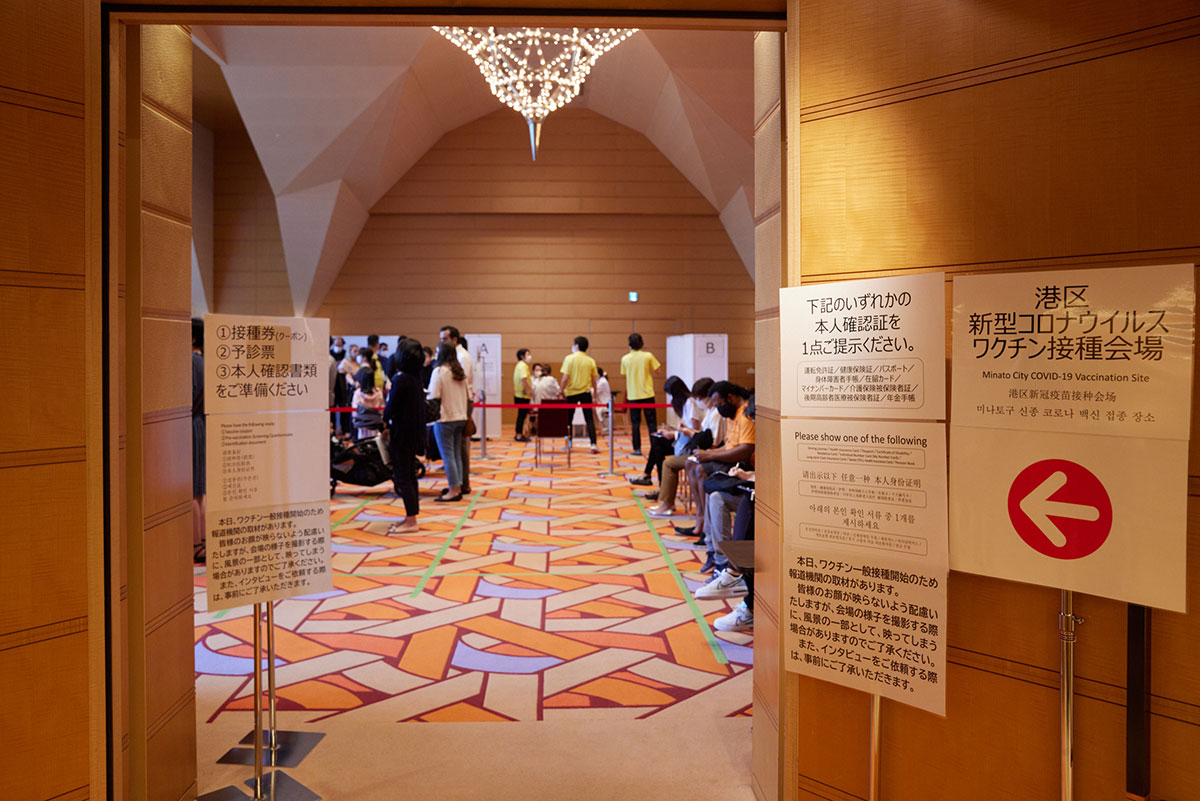 “I work with a network of amazing doctors and nurses,” says Member Will Perrin, who leveraged his career in the medical device industry to bring 28 healthcare professionals to the Club’s vaccination center. “It wasn’t only their willingness but their eagerness to assist that I found to be awe-inspiring.”

A task force of volunteers, including Perrin, Member Naoko Fleming (herself a dentist) and members of the Club’s Connections group, recruited and scheduled more than 150 healthcare professionals.

“I was a little surprised to hear the Club was doing this,” says Member Hiroya Kumamaru, a cardiac surgeon-turned-general practitioner. “Of course, I was pleased to hear it.”

The Club center, one of a number of vaccination sites in the ward, is open five days a week and is set to run through late September.

“I’ve been a Member for a long time,” says James Okano, a doctor at Minato Ward’s Jikei University School of Medicine. “I feel like this is the time I can give back to the Club that has been part of my life for so long.” 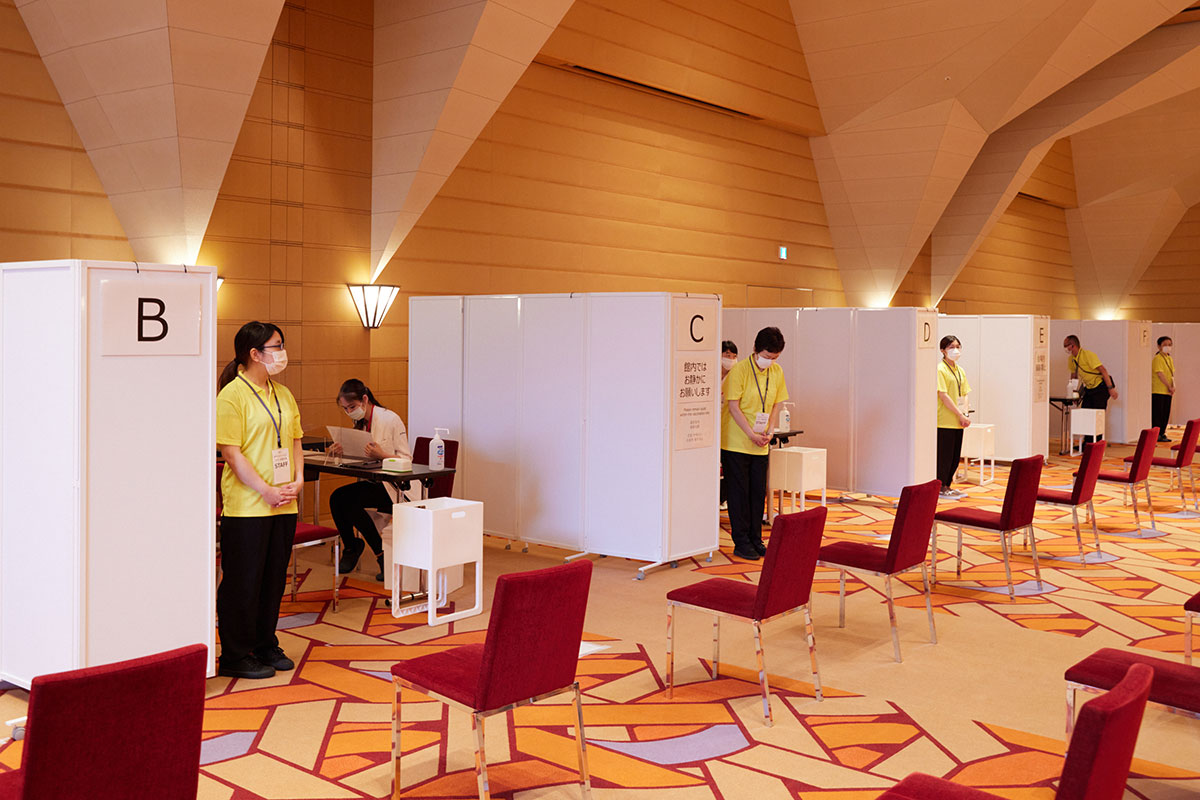 Okano’s contribution extends beyond his own efforts. From this month, his colleagues at Jikei University will also staff the Club center to help it reach its target of inoculating at least 12 percent of Minato’s population, which includes more than half of the Club’s membership.

“My mindset is ‘Let’s get as many people vaccinated as possible,’” says Rogan. “I’m sorry we couldn’t figure out a way to make it happen for Members outside of Minato Ward, but we can call this a success because 30,000 residents, 373 staff and 51.3 percent of our Members will get vaccinated.”

As impressive as those numbers are, the real impact of the center can be seen in those looking to restart their lives. 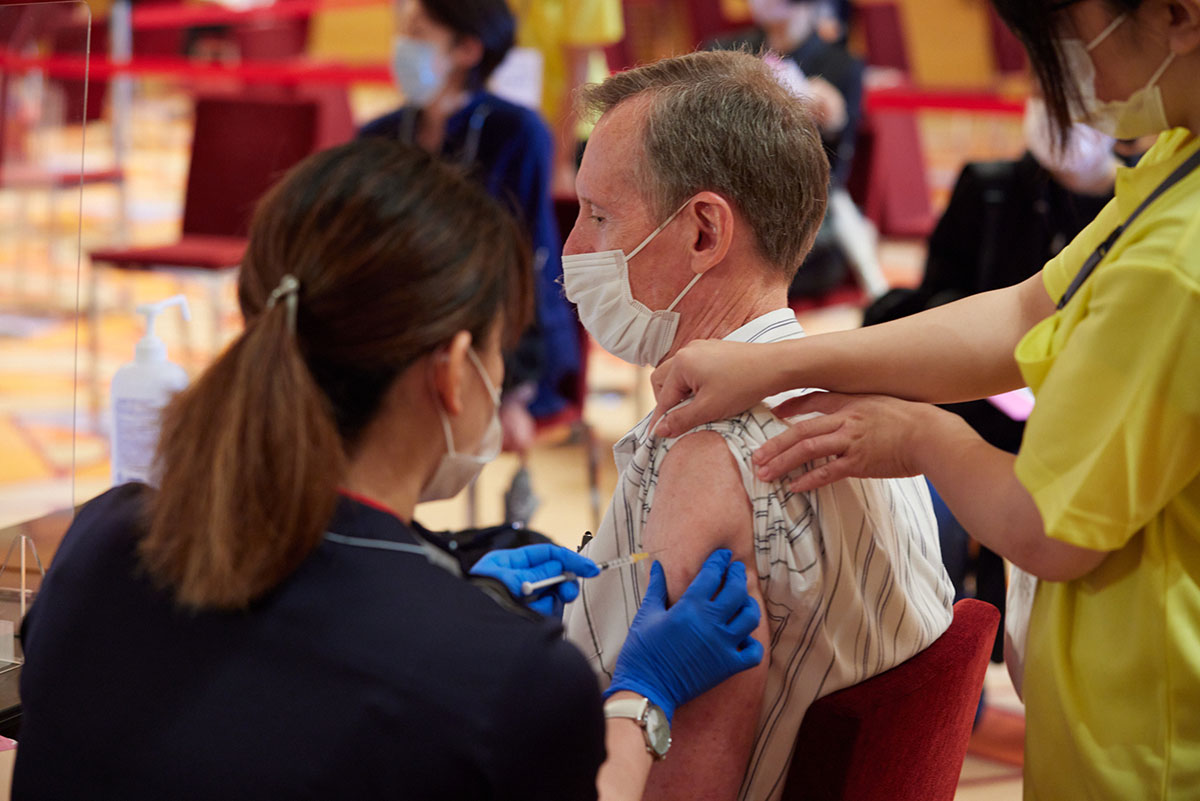 “There’s definitely a sense of relief,” Arnet says. “It’s not only about having the first shot but also knowing that I have my second one all lined up.”

The benefits, she adds, aren’t hers alone to enjoy.

“It’s a great thing for the Club to be able to remind people that we do have a place here in this community and to show how much we care about being there for everybody.”

Visit the Club Vaccination Center webpage for details of the vaccination center.