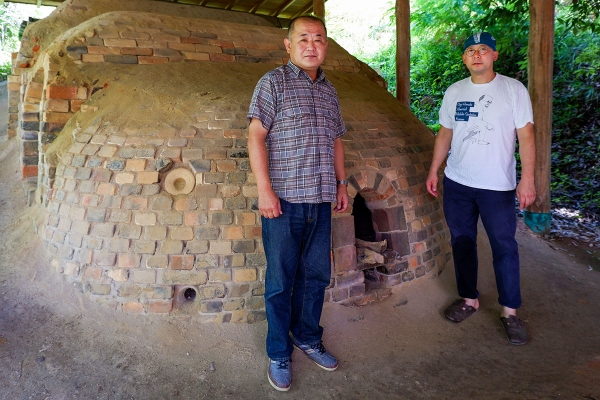 The Club reaffirms its ties with the pottery mecca of Mashiko in an exhibition at the Frederick Harris Gallery this month.

A two-hour drive north of Tokyo lies a small Tochigi town with a reputation that reaches far beyond the surrounding mountains. Mashiko is home to just 20,000 people and a style of pottery that draws collectors from around the world.

The town’s noborigama, or “climbing kilns,” produce ceramics renowned for their soft, rustic aesthetic. But it doesn’t mean that Mashiko yaki can’t dazzle. The everyday pieces, from kitchenware to vases, sometimes incorporate copper, manganese, chromium oxide, cobalt and other pigments or feature eye-catching glazes of amber or persimmon.

While earthenware in Tochigi’s Haga region has a history stretching back more than a millennium, it was Shoji Hamada, a master potter who was designated a living national treasure, who put Mashiko on the map.

Attracted by the qualities of the local clay, Hamada established himself there in 1930 and, inspired by ancient designs, built a noborigama—a series of linked kilns on a slope that produces temperatures of up to 1,300 degrees Celsius.

Local ceramicist Totaro Sakuma was emboldened by Hamada’s pluck and decided to partner with him to elevate the level of Mashiko ware. The pair attracted members of Japan’s mingei folk art movement. Founded in the 1920s by art critic and philosopher Soetsu Yanagi, mingei celebrated the country’s local craft traditions.

“Mashiko pottery was originally influenced by Shigaraki and Seto ware and potters made everyday items like dobin kettles and tokkuri jars,” says Hamada’s 54-year-old grandson, Tomoo Hamada, who collaborates with Sakuma’s grandson, Fujiya Sakuma, for a Club exhibition of their own works this month. “As Japan’s economy grew, there was less need for these, and my grandfather sought to produce more artistic wares. These days, Mashiko pottery doesn’t have any rules—there’s lots of freedom.”

The Club’s association with Mashiko goes back more than a decade. In the devastating earthquake of March 2011, most of Mashiko’s more than 300 kilns, including one of Shoji Hamada’s original noborigama, were destroyed. The Club donated ¥4 million from funds raised at a gala concert that May.

The rebuilt Shiogama kiln today stands in the grounds of Hamada’s former residence, the Shoji Hamada Memorial Mashiko Sankokan Museum, which has welcomed groups of Members over the years.

“We are very grateful for Members who came and purchased many of our wares,” says Sakuma, 58. “I have high hopes that Mashiko pottery will continue to evolve with this kind of support.”