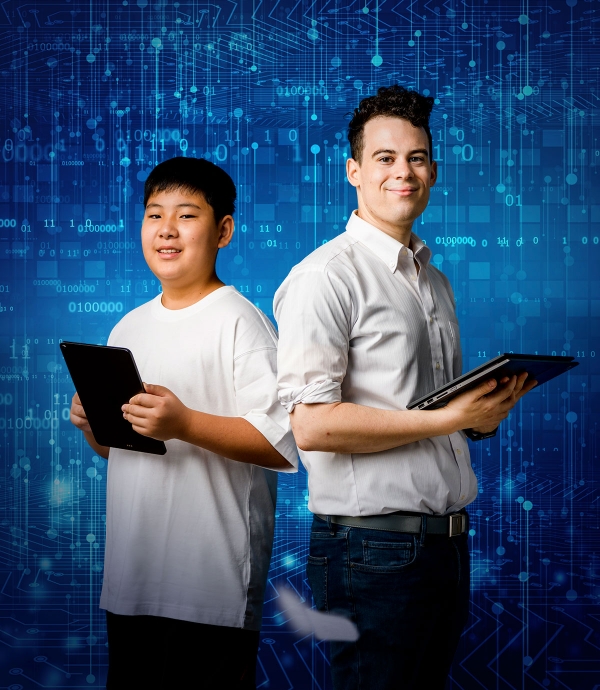 As back-to-school season kicks into gear, the Club’s own suite of tech-centric classes is helping to expand kids’ academic horizons.

Schools were shut and meeting with friends was out of the question. At the height of last year’s pandemic lockdowns and with little else to occupy himself, Enzo Saito turned to a familiar pastime: video games.

“I would play Minecraft eight hours a day if I could,” says the 12-year-old Member with a furtive glance toward his mother, Katia Saito. “The game is basically limitless. People can create their own adventures instead of having it all premade.”

“I don’t even know how much he plays,” says Enzo’s mother. “To me, Minecraft looked just like any other video game.”

First released in 2011, Minecraft remains today one of the most popular video games in the world. Instead of tasking players with defeating hordes of enemies, Minecraft encourages players to farm resources and construct items and structures for a decidedly nonconfrontational gaming experience.

“You can build whatever you want,” Enzo says of the game’s opportunities to create everything from landscapes to rudimentary computers. “It’s also just, like, a good way to be creative and use your brain.” 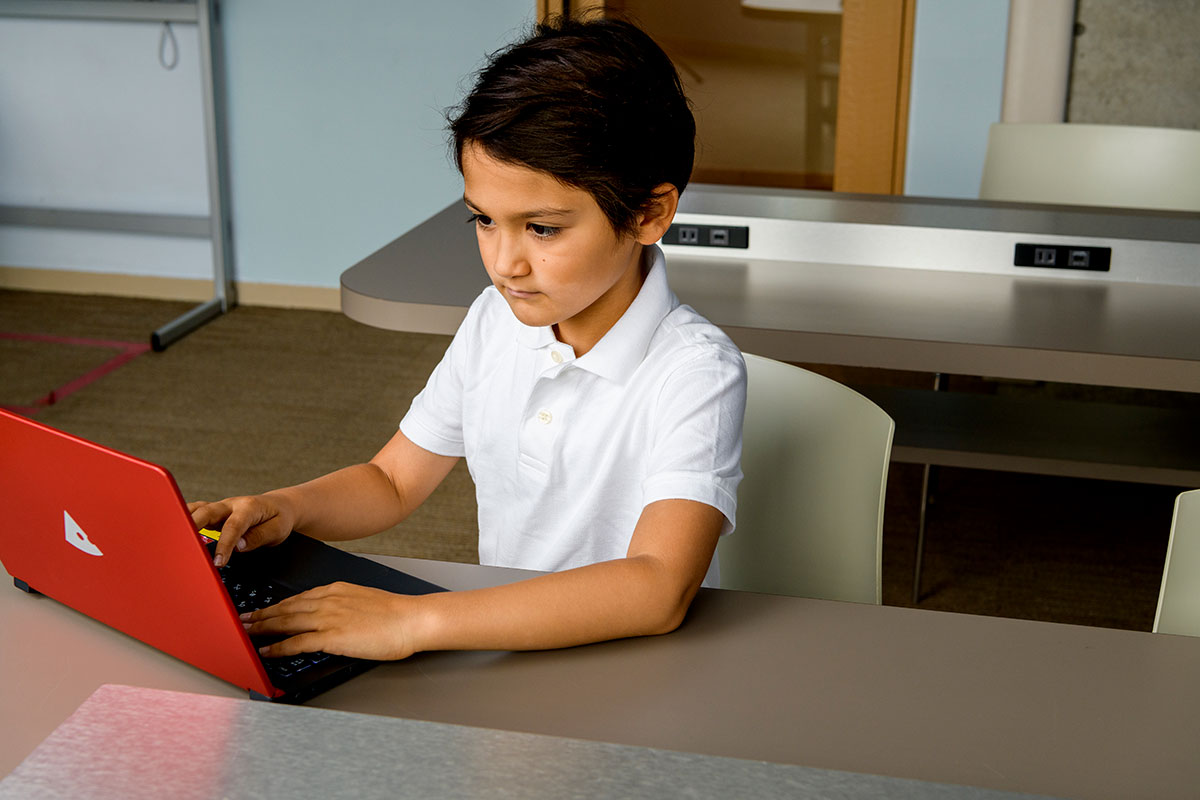 Whatever parents’ thoughts on video games, YouTube and other digital diversions, it’s incontrovertible that screen time of all sorts is on the rise. Studies have shown that of children and young adults aged between 8 and 17 years old, more than half absorb online content at least two hours per day.

Try as parents like Tom Silecchia might to limit their children’s screen time, digital entertainment is here to stay. The challenge, Silecchia believes, is how he manages his son Luca’s approach to it.

“Not all screen time is equal,” says Silecchia. “And if there’s stuff that Luca is really interested in, then exploring those interests is probably more constructive than anything else.”

In January this year, Luca attended his first trial Coding Club class, one of a number of tech-focused programs offered at the Club. Rather than following a set curriculum, the lessons—devised by the Tokyo Coding Club team of educators—provide several outlets for young Members to explore the diverse ways in which their worlds and that of programming and computer engineering intersect.

Eight-year-old Luca was immediately drawn to a small, programmable robot.

“I could code [the robot] and [it] moved on its own,” Luca says of that introductory session. “I didn’t know it could do a lot of things like that.”

That spark of curiosity inspired Luca to attend weekly Club lessons that touch on subjects as varied as computer programming and game design. Rather than drag inquisitive minds through a cut-and-dried curriculum or engineering basics, Club instructors put students’ interests at the forefront of every lesson. 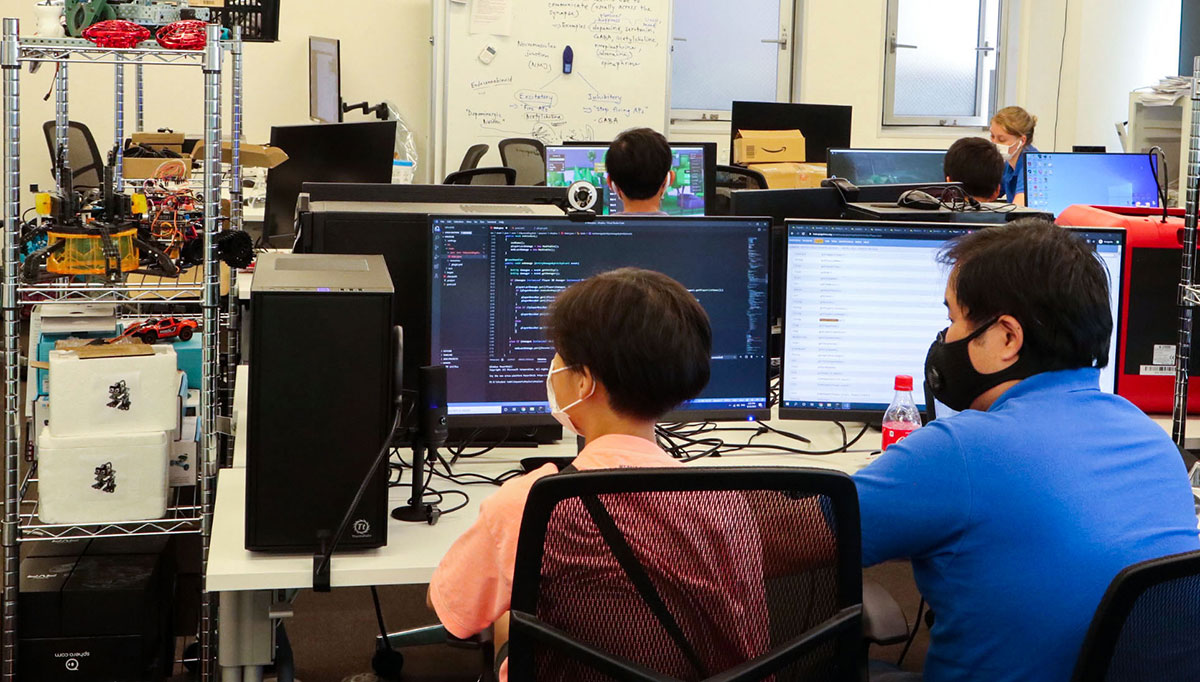 “My goal is basically to find something that my students want to do and want to create,” says Alex Belinsky, a Tokyo Coding Club instructor who teaches both group and private sessions at the Club. “The programming knowledge and STEM [science, technology, engineering and mathematics] learning naturally come as a means to an end.”

For Enzo, that means making the leap from Minecraft player to developer.

“I’m learning how the game and the programming actually works on the inside,” Enzo says. “It doesn’t seem like it, but if you look closer, it actually starts to make sense.”

Lessons aren’t limited to coding, circuit boards and computer science. For young Members wondering how their favorite content creators on YouTube progress from filming with smartphones to producing professionally animated and edited videos, instructors can set them on the path to generating their own slick productions.

“I try to show how easy it is to take footage [from a recording or a video game] and throw it into Adobe Premiere,” explains Kyle Jumara, an animation and video effects instructor with Tokyo Coding Club. “We’re not just teaching them how to goof around on a computer. They learn all about the aspects of the craft and hopefully fall in love with it the way we [instructors] did.”

Parents should take heart from the promise of a future in tech. Brush off video games all you like, but the character designers and software developers behind them generated a pandemic-proof $173 billion globally in 2020 and the industry is set to make a projected $314 billion a year by 2026 (movies raked in just $101 billion in pre-pandemic 2019).

Likewise, the once-dismissed world of cryptocurrencies—underpinned by legions of data scientists and engineers—has transformed seemingly overnight into a multitrillion-dollar industry that even Wall Street can no longer ignore.

And with the frontiers of technology ever evolving, it’s clear that the areas of robotics, artificial intelligence and other yet-undefined industries will require a steady stream of inquisitive minds to push those boundaries even further.

“For young engineers, intellectual curiosity is definitely essential,” says Member Dennis Jarvis, CEO of cryptocurrency hub Bitcoin.com. “It’s great to have the engineering or programming skills to be able to contribute to a project, but genuine interest in the application of your work is going to really be what gives you the motivation to be both professionally successful and fulfilled.”

Jarvis encourages parents to take a softer approach to their children’s electronic habits. After all, the groundbreaking tech wizards of the future are almost undoubtedly the button-mashing gamers and digital devotees of the present.

“When I was a kid, I was fortunate to have a computer at home when most people did not,” Jarvis explains. “Today, there are so many ways for kids to get exposed to coding and technology: Minecraft, 3D printing, electronic music production. We need to do our best to encourage young minds to pursue the things that interest them the most.”

Of course, the jump from video game binger to key-crunching coder is a large one, but budding programmers need not cover that gap in one fell swoop. Instead, a steady advance, level by level, has the potential to open doors to a future only glimpsed on screen.

“I think it’d be cool to make a space exploration game,” Enzo says. “You can build your own spaceship or big fortress on a planet and just go anywhere.”

Even if that kind of coding is out of Enzo’s reach right now, it won’t be forever.

“I’m wondering now how all my games are coded differently,” he says. “If I keep on learning, I guess I’ll start to understand.”