Navigating the New Business as Usual 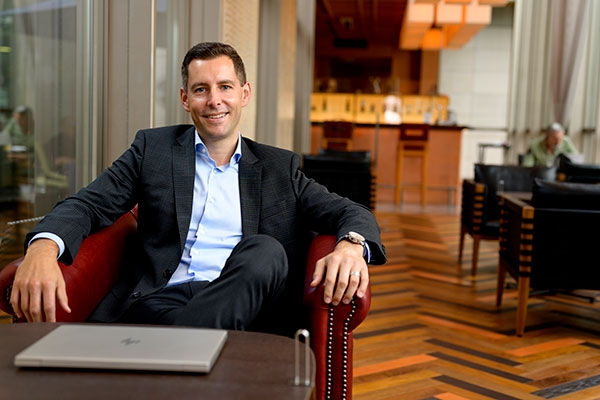 Spurred by pandemic-induced upheaval, several Members explain how the Club has helped them to embrace the new normal of doing business.

When Cody Kroll was appointed his American recruitment company’s country manager for Japan, his remit was clear: establish and expand a team of motivated salespeople and support staff.

For almost two years, the New York State native oversaw everything from employee recruitment and onboarding without a hitch. Then, Covid-19 changed just about everything.

“We went fully remote pretty quickly but trying to create and maintain a culture is very difficult when everything is virtual,” Kroll, 33, says of those early days of the pandemic. “We had to rethink everything we wanted to do together as a team.”

As much as possible, Kroll went all-in on the “new normal” of remote work. Throughout 2020, weekly meetings pivoted to Zoom, Microsoft Teams and other virtual platforms. New hires were assigned experienced mentors so they could always find an answer to their questions.

For all that newfound flexibility, Kroll still felt that when it came to nurturing company culture, something was missing. The solution? A two-day training session at the Club for staff.

“We wanted to try to figure out an engaging way to do it in person, if possible,” Kroll explains. “We wanted to get away from the laptop and from all the distractions there.”

Over two full-day sessions in the Club’s B2 Brooklyn rooms, Kroll and a team of eight salespeople worked through training modules, roleplaying exercises and a host of other skill-building activities that would have fallen flat if conducted purely online. 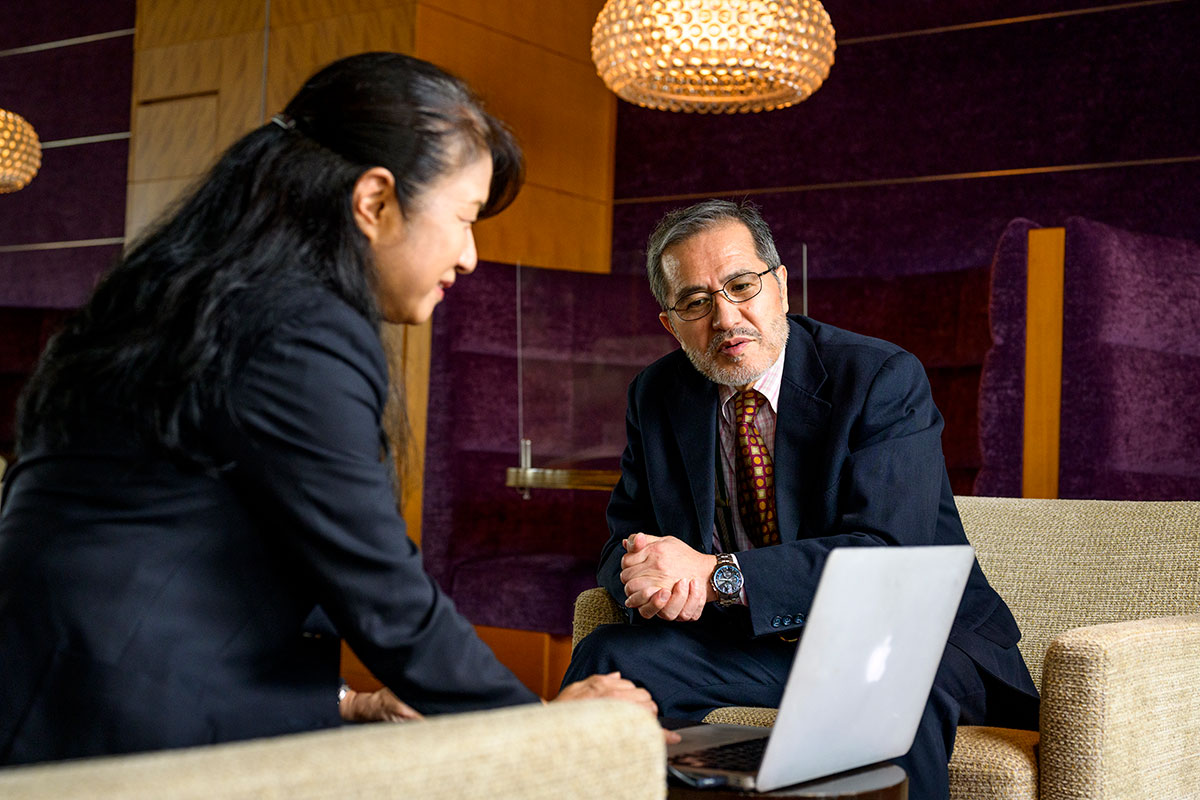 “It was so much more effective doing that training in person,” says Kroll. “We were able to really immerse ourselves in the content. It’s something that the team still talks about.”

A report on the future of work by management consultancy McKinsey & Company earlier this year found that while up to 25 percent of workers in advanced economies could work productively from home between three and five days a week, some tasks remain better done in person.

With new Covid-19 variants emerging and talk of booster shots ramping up, the end of the pandemic could be further off than previously thought. But as businesses the world over enter their third year of virus-interrupted operations, many are rethinking their shifts to fully virtual workstyles and, like Kroll, are exploring how a hybrid style might be more advantageous.

“Broader discussions around disruption, new business models, thinking about new business lines to explore—those are much better held face-to-face,” says Member Justin Kerr, a senior executive with an American electronic components maker. “And being outside the four walls of an office has yielded good results for us in terms of more open discussions.”

Unlike Kroll, Kerr had the luxury of managing a fully established team before the pandemic hit Japan. However, he still leverages the benefits of in-person meetings to both maintain a sense of normalcy for his team and provide some respite from endless virtual calls.

“There’s a real sense of fatigue that can set in as [the pandemic] wears on, especially with no clear end in sight,” says Kerr, 42, whose decision to hold events at the Club last November and this March was also influenced by the Club’s set of rigorous safety measures in place. “One of my goals in coming to the Club was to give my team something to look forward to. It brought some excitement above and beyond your typical hotel, and I feel strongly that getting together in a safe way outweighs the risks.”

One might wonder why companies looking to host in-person meetings don’t just congregate at their own offices, but multiple industries are already rethinking their office needs. Last July, Japan’s Fujitsu announced that it would be doing away with half of its in-country office space by 2022, which would shift 80,000 employees to virtual workstyles.

And the IT solutions firm is no aberration. A June survey of 173 Japanese corporations by the recruitment firm Robert Walters found that 55 percent had plans in place to divest from physical office spaces.

“I don’t think we’ll ever go back to the way things were,” says Kroll. “Our long-term strategy is still yet to be determined, but I do think there’s probably a lot of opportunity in a hybrid-type solution.”

For firms set in their ways, says longtime remote worker and Member Stefan Nilsson, the industry-wide impetus to embrace these changes might end up coming from individual employees who have little interest in returning to the stress of a daily commute.

“The firms that aren’t changing might find that they’re not attracting the quality of people they want anymore,” say Nilsson, 47, who divides his work time between his seaside Zushi retreat and the Club’s own work-friendly venues. “If Japanese companies still want top talent, it will be a demand-driven change.”

Of course, changing employee needs are not the only consideration for companies right now.

“Before [the pandemic,] we used to bring all of our Japanese buyers and American suppliers together in one place here in Tokyo,” says Member Sunghwa Lee, who runs a food import-export consultancy together with her husband Jang Shin Ryang. “But if we did a 100 percent virtual event, it’s very hard for each side to leave satisfied.” 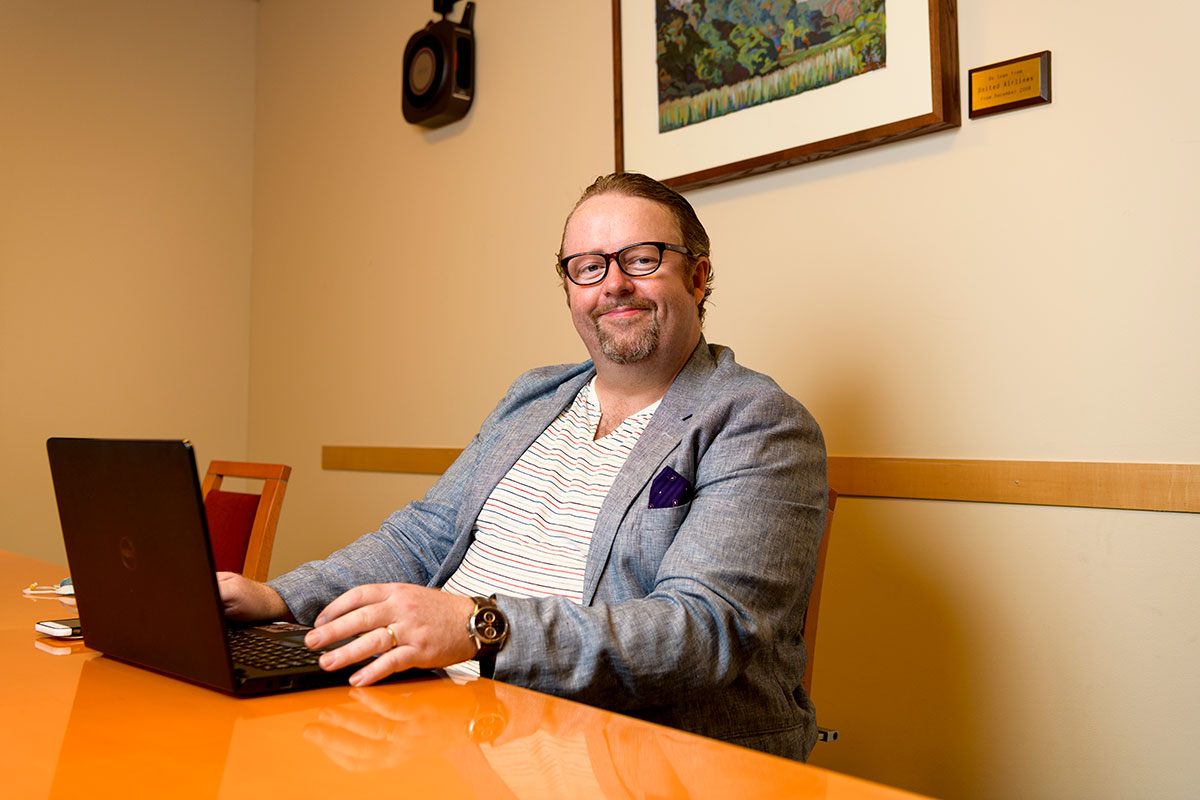 Without the chance for their Japanese clients to physically inspect the foodstuffs from their American export partners, sales would be unlikely. But with travel restrictions ongoing, arranging for stateside representatives to visit Japan was even more improbable.

The solution, Lee, 60, and Ryang, 65, felt, lay somewhere in between. They organized advanced shipments of product samples from their American suppliers while inviting them and their domestic Japanese customers to a series of virtual meeting rooms designed to simulate the in-person experience.

From the Club’s B2 event space last March, Lee and Ryang hosted two days of online discussions between 22 attendees, with the samples sent from America on hand for their Japanese partners’ close inspection.

“The sales rate was very high,” says Lee. “Compared to our in-person events where maybe one or two trade leads are produced, the March event [saw] maybe 60 or 70 percent of clients converted, even though it was a hybrid meeting.”

Whereas Lee and Ryang limited themselves in the past to a pool of foreign clients physically able to travel to Tokyo, this new approach lowered the cost of entry for their stateside partners to nothing more than postage for samples and a stable Internet connection.

“Our clients on both sides were very, very happy,” says Lee. “We have made up our minds to continue as much as we can to use the Club for these kinds of hybrid activities.”

As paradigm shifting as it may seem, this new age of flexible, amalgamated workstyles doesn’t need to do away with every age-old business maxim.

In fact, when it comes to companies reverting wholesale to pre-pandemic workstyles, the market seems to be deciding very much in favor of an exciting, new direction.

Meetings at the Club
For conferences large and small, book your next hybrid or in-person meeting or event by contacting 03-4588-0308 or This email address is being protected from spambots. You need JavaScript enabled to view it..