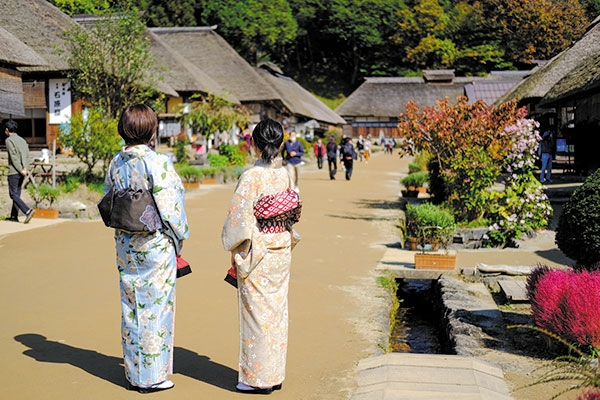 A round every corner in Japan, you can experience centuries of history and gain a deeper knowledge of the country’s culture. And a convenient transportation system makes it easy to explore new regions.

One trip that you can enjoy over a long weekend takes you from Tokyo’s city center to fascinating destinations in Fukushima and Tochigi prefectures, where you can learn about the time of the shoguns, try your hand at time-honored crafts and feast on delicious cuisine.

DAY ONE
The trip begins in an area even recent trans­plants to Tokyo know: Ueno. How­ever, it has a history that stretches back centuries. One of its most storied structures is Kan-eiji, a Buddhist temple built in 1625 to honor Ieyasu Tokugawa’s founding of the Tokugawa Shogunate. Several generations later, the mausoleum for the fourth Tokugawa shogun, Ietsuna, was built on the temple grounds, and Kan-eiji became the Tokugawa shoguns’ family temple. It was recognized during the Edo period (1603–1867) as one of the grandest and most prestigious temples in the country. 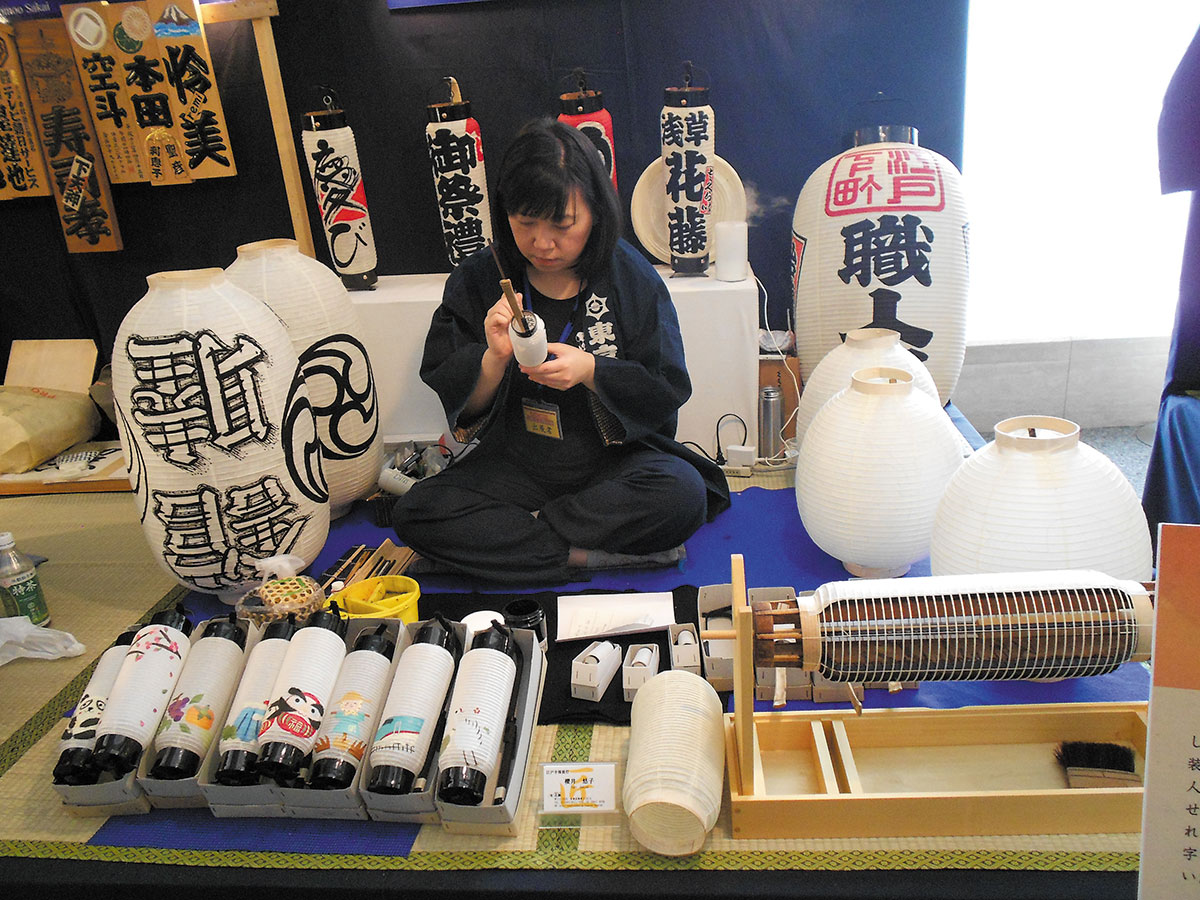 Kan-eiji has been heavily damaged a number of times, however: in 1868, during the Battle of Ueno; in the Great Kanto Earthquake of 1923; and during World War II. Each time it has been rebuilt, and the temple is preparing for 2025, which marks the 400th anniversary of its founding. Another sacred location in the area is Ueno Toshogu Shrine, built for Ieyasu Tokugawa in 1627.

Ueno Park was founded in 1876 and has developed into a veritable temple of culture and art, housing facilities that include museums, zoos and universities. Over more than 140 years, it has also been a primary center for bringing Western culture to Japan.

After exploring Ueno, the next destination is Aizu-Wakamatsu in Fukushima Prefecture. To reach it, take the Tobu Railway Limited Express Revaty, an eye-catching train that was designed by the Ken Okuyama Design studio. The train runs from Asakusa Station to Aizu-Tajima, and you can then transfer to the Aizu Railway to get to Aizu-Wakamatsu. Once there, you can stay overnight in a number of charming hotels or ryokan. 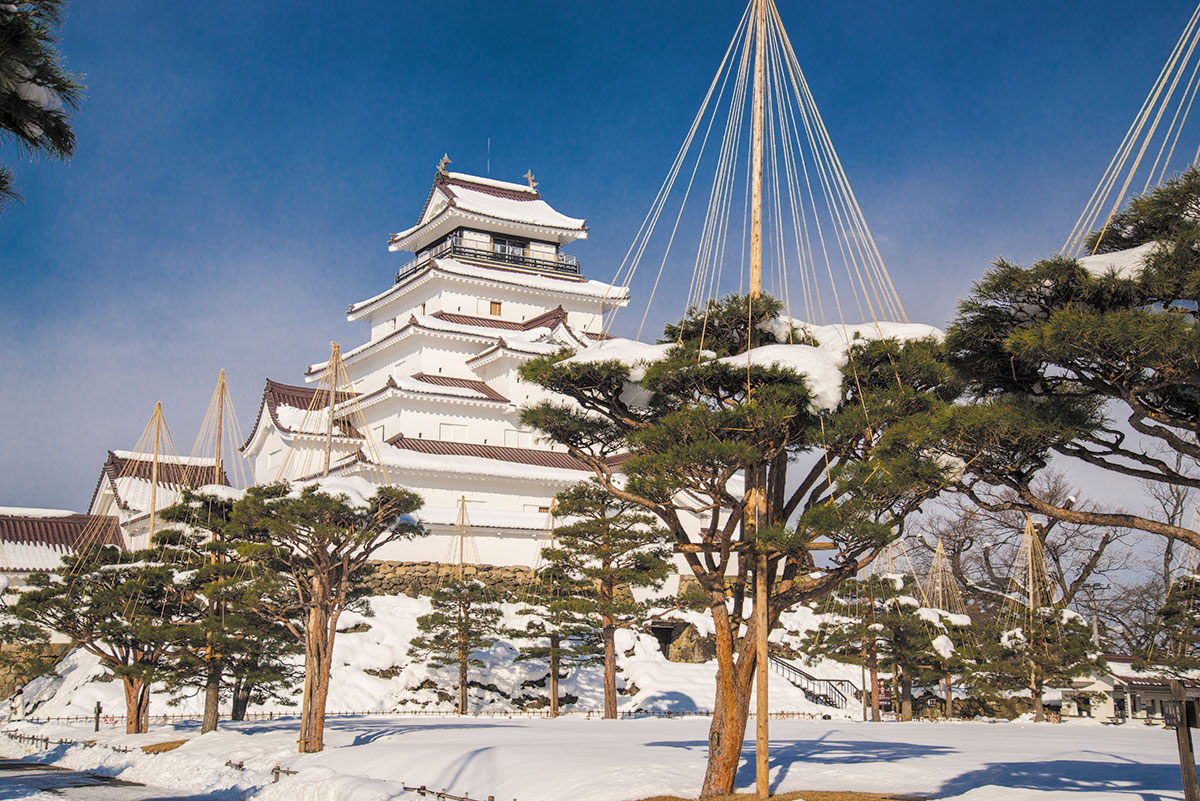 DAY TWO
Starting the day in Aizu-Wakamatsu is an excellent way to explore the region’s fascinating past. This includes its 1,200 years of Buddhist history and the key role it played in what is known as the Boshin War. This was a series of battles between the Tokugawa Shogunate and the Satsuma and Choshu clans as well as between Western armies and Japanese forces.

One particularly memorable event during the Boshin War involves the Byakkotai—regiments made up of children of Aizu domain samurai. During the course of a battle, a division of the Byakkotai that had been charged with defending the castle of the feudal lord Matsudaira Katamori was pushed back to Mount Imori by Western forces. From this vantage point, they saw the castle shrouded in clouds of gunfire. As they thought the castle they were meant to defend had fallen, the boys took their own lives. To this day, the graves of these 19 young warriors can be found in a cemetery on the mountain.

Another structure that played a key role in the region’s history is Tsuruga Castle, which was built 600 years ago. Through­out the centuries, a number of local warlords ruled the castle, and during the Boshin War the castle was besieged by new government army forces. Many local citizens took shelter there for some time during the conflict, but the castle was finally demolished in 1874. The castle tower you can find there today was reconstructed in 1965.

Aizu-Wakamatsu can also be explored from a cultural perspective. Maki-e is a traditional Aizu-nuri (lacquerware) technique that has been practiced in the region for generations. Artisans who specialize in the craft paint pictures on vessels with lacquer, and then sprinkle the lacquer with gold powder before it dries. The resulting items are not only beautiful, but durable. You can visit a maki-e manufacturing center and try your hand at the craft at Suzuzen. And if you are interested in learning more about sake, the national beverage, the town is also an ideal location, as it is home to the Suehiro Shuzo brewery. A visit there offers insights into the skill and tradition that goes into the product. 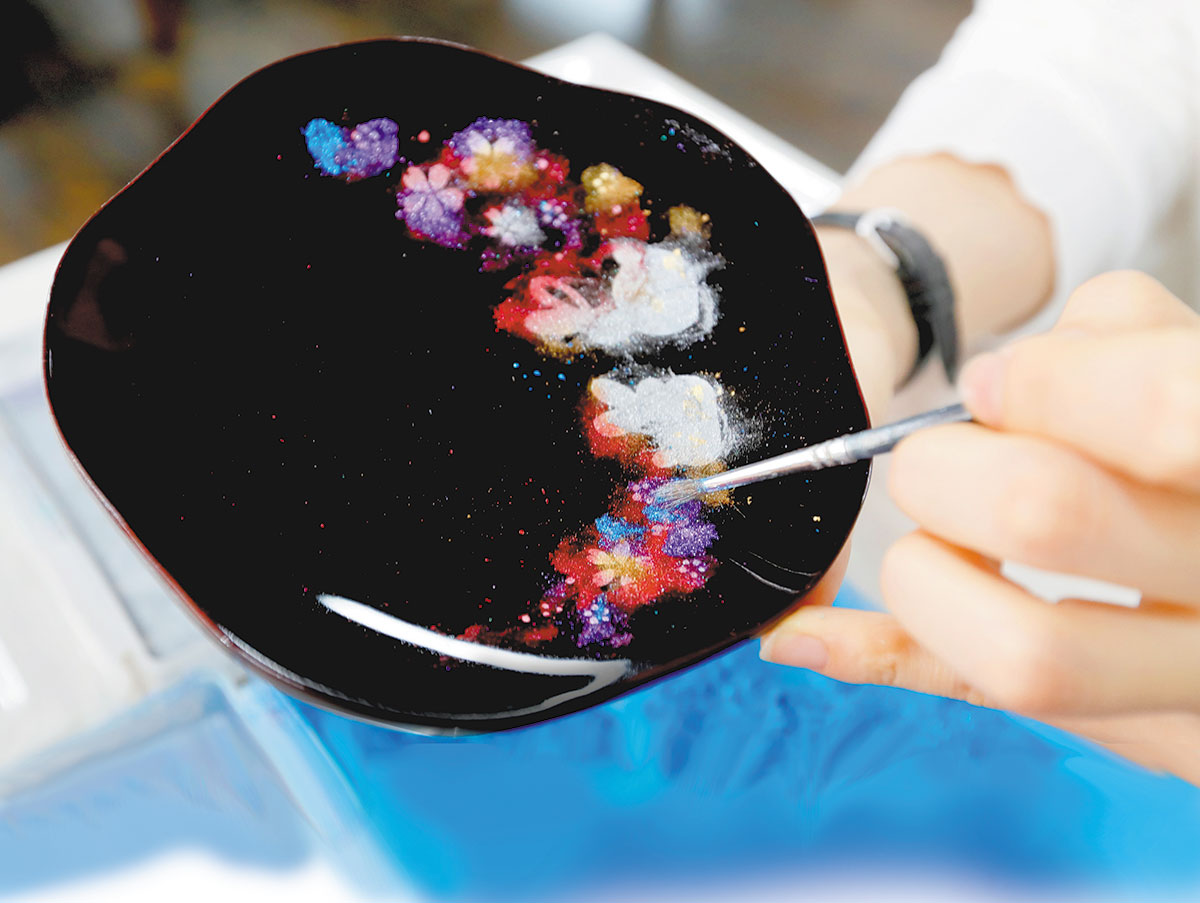 Later in the day, you can make your way to Ouchi-juku by heading from Aizu-Wakamatsu Station to Yunokami Onsen Station on the Aizu Railway, and then taking a bus from there. This village thrived as a shukuba (post station) on the Old Shimotsuke Road during the Edo period, and gazing at its picturesque buildings with their thatched roofs is like stepping back in time.

Then you’ll spend the night in Yunishi­gawa Onsen. To reach it, take the bus back to Yunokami Onsen Station, followed by the Aizu Relay to Aizu-Tajima Station and the Limited Express Revaty to Yunishigawa Onsen Station. There are a number of ryokan in this town, which has welcomed travelers for more than 800 years. Make sure to dine on the local irori cuisine, which features fresh local ingredients cooked in a sunken hearth. 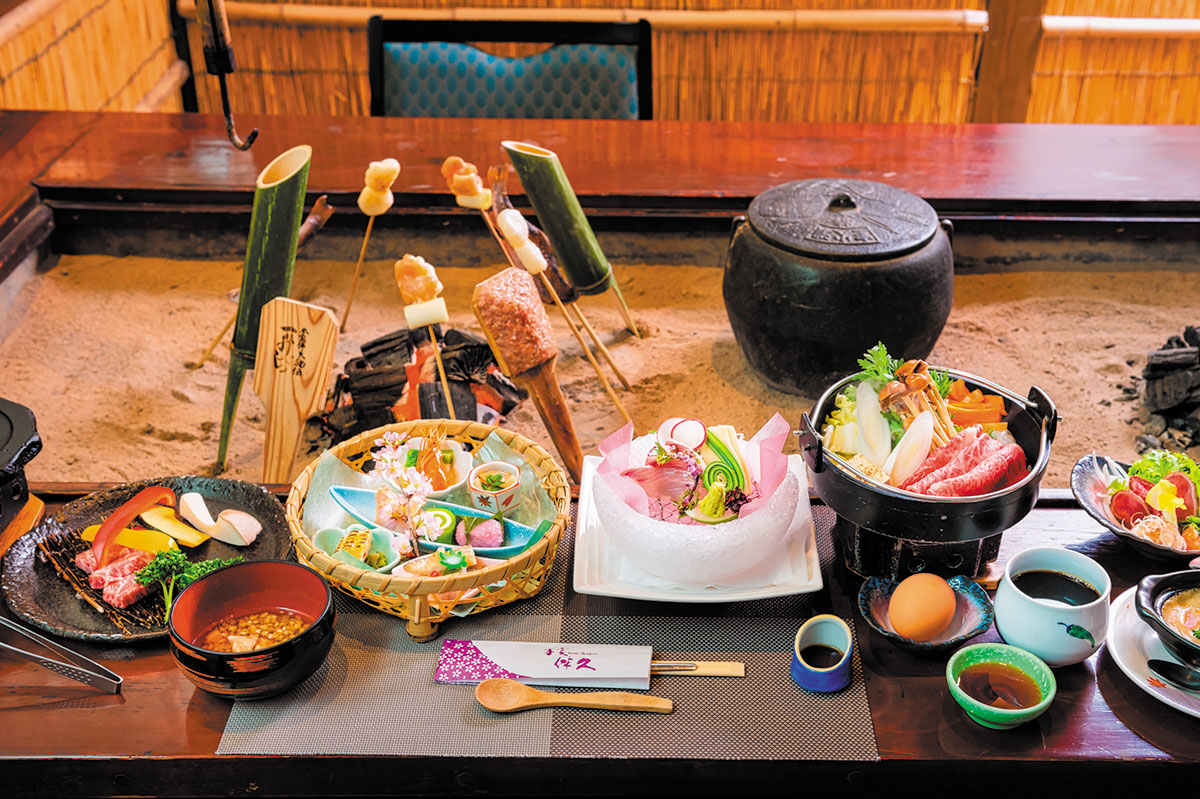 DAY THREE
The final destination on your itinerary is Nikko in Tochigi Prefecture. To get there, take the Yagan Railway from Yunishi­gawa Onsen Station to Shinfujiwara Station, and then transfer to the Limited Express Revaty, which you can take to Shimo-Imaichi Station. Nikko can be explored from there.

Perhaps Nikko’s most impressive site is Nikko Toshogu Shrine, which was built in 1617 for Ieyasu Tokugawa. The sprawling complex includes a stately five-story pagoda, massive storehouses that are decorated with ornate carvings and the awe-inspiring Yomeimon Gate. The shrine stands out for its blending of Buddhist and Shinto icono­graphy and includes the mauso­leum of Ieyasu. Visitors will notice that his memorial tomb is colorfully resplendent, while that of his grandson Iemitsu at the nearby temple Taiyuin tends towards gold and black for a more somber appearance. 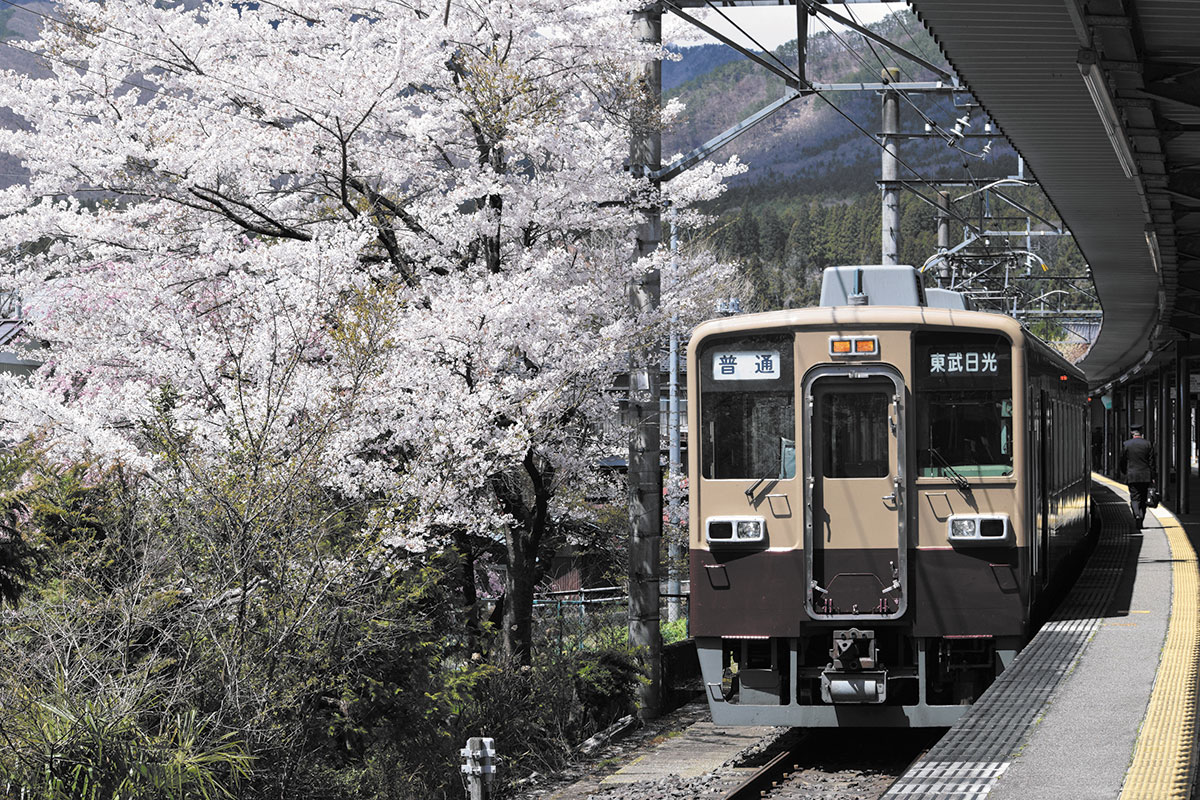 Finally, no visit to Nikko would be complete without sampling the area’s quintessential dish: yuba, or dried tofu skin, which has been linked to Nikko since 766. The celebrated monk Shodo Shonin, the founder of what is now known as Nikko-san Rinno-ji, ate dried yuba as a part of his vegetarian diet. However, it was not sold to the general public until the Meiji period (1868–1912). The food has grown in popularity since, and can now be in Europe and the US. You can enjoy yuba prepared in a variety of ways at many restaurants in Nikko.

As the last day of your trip through Tohoku and northern Kanto comes to an end, you can easily make your way back to Tokyo’s Asakusa Station on the Limited Express Revaty from Tobu Nikko Station, having gained a deeper insight into Japan’s history and culture in just a few eventful days.