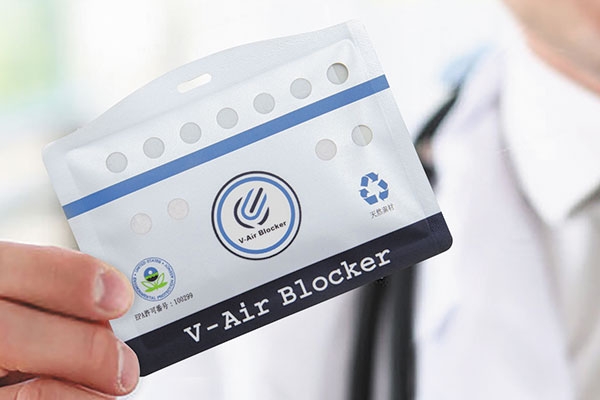 The V-Air Blocker fits a major wellness impact into a small form factor.

These days, it’s even more important to pay close attention to your health and make sure that your immediate surroundings are as safe as possible.

It goes with­out saying that you can’t take too many precautions.

We already wear masks and regularly wash our hands. But what is another way to maintain a healthy regimen that isn’t too much of a hassle? One recently released product that offers an answer is the diminutive, yet powerful V-Air Blocker.

MIGHTY MOLECULE
This product is about the same size as a credit card, making it easy to carry around, wherever you go. But inside this small packaging, there is a key compo­nent that is used in a wide range of appli­cations: chlorine dioxide that is safely contained in a ventilated plastic pouch within the V-Air Blocker. The product is designed to continually release chlorine dioxide gas, which works to oxidize and neutralize viral and bacterial proteins, as well as odor-causing compounds.

While powerful, the chlorine dioxide in the V-Air Blocker is also very safe. The substance has been approved by regu­la­tory bodies around the world. One of them is the United States’ Environmental Protection Agency (EPA), which is respon­sible for the country’s environmental policy. The approval of antimicrobial agents falls under the jurisdiction of the EPA, and the organization sets extremely high standards for chemical safety and the assessment of environmental risk.

Chlorine dioxide has been approved by the US Food and Drug Administration and the US Department of Agriculture’s Food Safety and Inspection Service, for the disinfection of meat. Furthermore, it has been used by the National Aeronautics and Space Administration (NASA) to disinfect the Space Shuttle.

The World Health Organization, which equally maintains extremely high standards for assessing the safety of chem­ical compounds, has approved the safety of chlorine dioxide, and the Japanese Ministry of Health, Labour and Welfare has approved its use for treating tap water and disinfecting swimming pools. 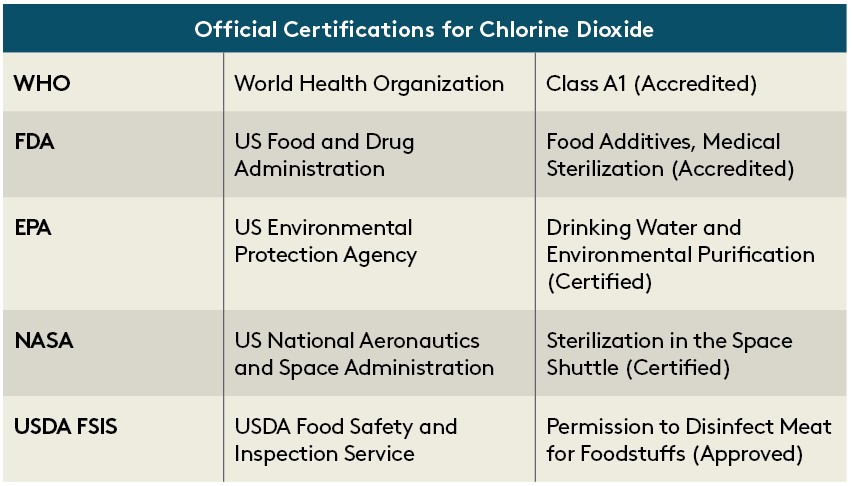 DIVERSE USES
The chlorine dioxide contained in the V-Air Blocker has about 2.5 times the power and three times the disinfection speed of ordinary chlorine. Its sterilizing power, a product of its oxidization capabilities, is effective against a wide range of fungi, algae and viruses. It has also been shown to be effective in deactivating new variants of the influenza virus.

In tests run by the Kitasato Research Center for Environmental Science in Sagamihara, Kanagawa Prefecture, it reduced microorganism counts by as much as a factor of 100. Chlorine dioxide is also effective in reducing the purified antigen proteins of pollen and mites. This can be a great source of relief for those suffering from hay fever, which can be triggered by pollen from plants such as Japanese cedar, ragweed and cypress. The pollen particles themselves are encased in proteins that cause allergic reactions and chlorine dioxide can help break down these proteins, helping to relieve a seasonal cause of suffering for countless people.

The chlorine dioxide in the V-Air Blocker also breaks down the chemical compounds that yield a wide variety of odors. These include ammonia (toilet odor); hydrogen sulfide (toilet odor, compo­nents in eggs and vegetables); methyl mercaptan, methyl sulfide and methyl dioxide (from rotting vegetables); trime­thyla­mine (from rotting fish); styrene (from burning plastic); and acetalde­hyde (from tobacco). 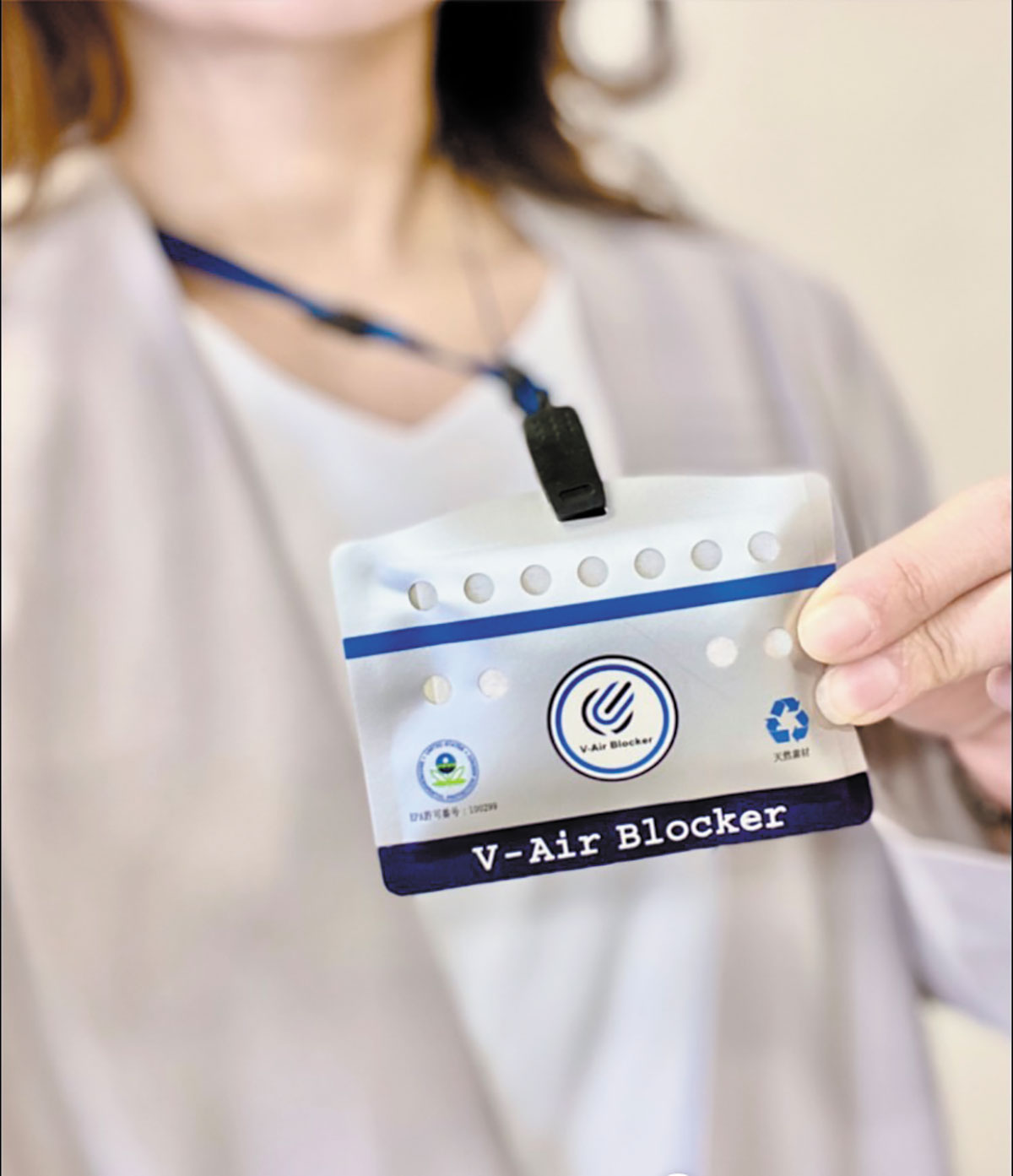 INNOVATIVE PRODUCT
The versatile V-Air Blocker is ideal for use at hospitals, nursing facilities, schools, restaurants and when riding public transportation. It can be stored before use for up to one year, and once opened, can be used for one month before the efficacy of the chlorine dioxide wears off.

The product has already been recog­nized for its innovative qualities. At the 25th Tokyo Business Summit, an event that draws together an array of future-oriented companies, the V-Air Blocker received the grand prize.

Combining the power of a simple chemical reaction with a compact shape, the V-Air Blocker is a product that can help its users feel more safe and secure in a broad range of settings.