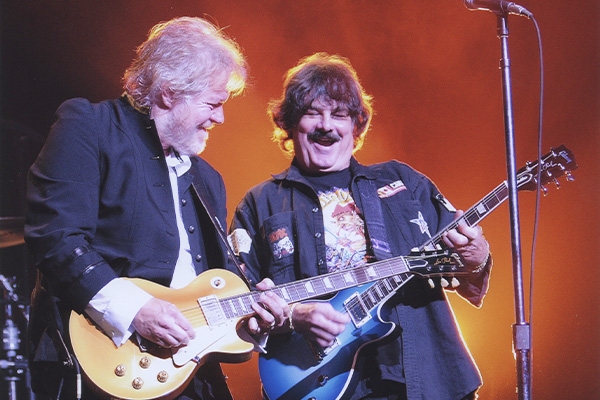 Ahead of his Independence Day performance at the Club next month, rock star Randy Bachman explains how his Japan trip is particularly momentous.

It was 1976 and Randy Bachman was on top of the world.

The legendary Canadian rocker had released an album with his band, Bachman-Turner Overdrive, that hit the top five the year before. They followed it up with the successful jazz-influenced single “Lookin’ Out for #1.”

The band toured Japan, playing the famous Nippon Budokan in Tokyo and venues in Osaka, Nagoya and Fukuoka. Bachman built an enormous house in Washington State with its own recording studio and bowling alley. Then a gut punch: his treasured Gretsch guitar was stolen from a hotel outside Toronto.

Bachman was devastated. He wept for days. The Gretsch wasn’t just any guitar. Bachman had crafted hit songs on it and had performed with it on stages across the world. He enlisted the help of the Royal Canadian Mounted Police and contacted guitar dealers across North America. Nothing. Months, years, decades went by. Then, in the midst of the coronavirus pandemic, he received an unexpected message.

Bachman grew up in the Canadian prairie city of Winnipeg. His parents told him that the only way out of the “ghetto” of Ukrainians, Jews and Catholics where they lived was by excelling at sports or an instrument. Naturally musical, Bachman would sing along to songs on the radio and took up the violin at age 5. But he struggled with the strictures of classical music. Then in September 1956, a gyrating, guitar-strumming Elvis Presley appeared on “The Ed Sullivan Show.” Bachman’s parents told him it was rock and roll. The teenager borrowed a guitar from a cousin and was hooked.

“I found out the guitar is the most intimate instrument there is,” says Bachman, 78, from his home in British Columbia. “It’s the only one you hold next to you, with both arms around it, like a person. Your whole body resonates with what you’re playing, and it’s very special. 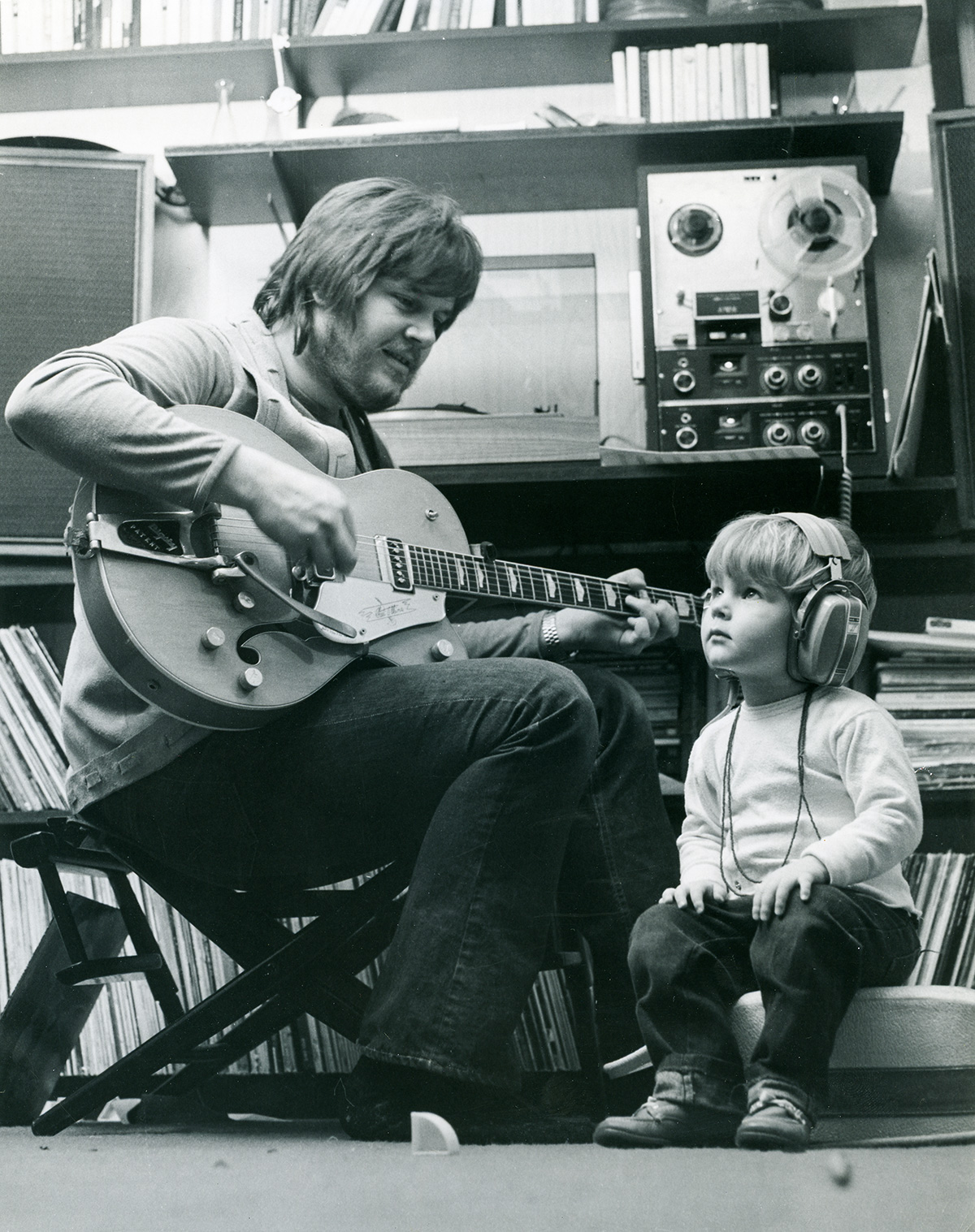 Bachman learned his craft from jazz guitarist Lenny Breau and developed a crush for guitars made by Gretsch, a manufacturer founded in 1883 by Friedrich Gretsch in Brooklyn, New York. He and fellow rock icon Neil Young would ogle Gretsches in the window of a Winnipeg music store.

Finally, after saving up enough cash from babysitting and other odd jobs, Bachman bought a 1957 Gretsch 6120 Chet Atkins hollow body with a western orange finish. Endorsed by the fingerpicking country music legend, the guitar’s rosewood fingerboard with hump-style inlays, single-coil DeArmond pickups and a Bigsby vibrato tailpiece produce a distinctive, punchy tone that was a hallmark of the rockabilly sound of the 1950s. Only a few dozen were made in 1957, and existing ones sell for more than $10,000 today.

In 1960, Bachman founded a band with Chad Allen that would eventually become The Guess Who. Their 1965 cover of Johnny Kidd and the Pirates’ “Shakin’ All Over” went straight to the top of the charts in Canada and hit No 22 in the United States.

When singer Burton Cummings joined the group the following year, he and Bachman proved a powerful songwriting team. “These Eyes” broke into international markets in 1969, and the antiwar anthem “American Woman” became the first single by a Canadian band to reach No 1 on the US Billboard Hot 100 chart. Along with another Guess Who hit, “No Sugar Tonight,” it was recorded with Bachman’s trusty Gretsch 6120. 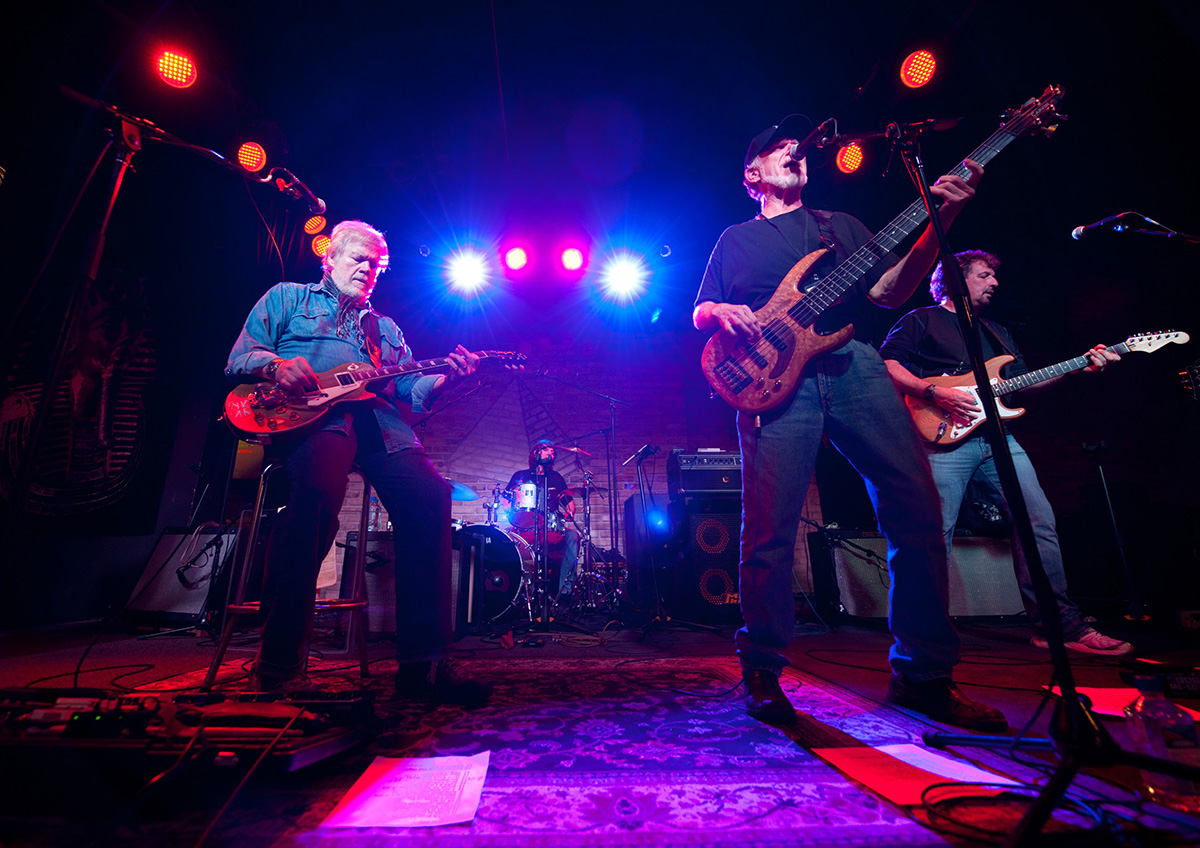 But by 1970, deteriorating relations with Cummings led Bachman to quit the band. Three years later, he formed Bachman-Turner Overdrive (BTO) with his brothers, Robbie and Tim, and Fred Turner. They would go on to write such rock classics as “Let It Ride” and “You Ain’t Seen Nothing Yet,” another Hot 100 topper. Once again, the guitar at the heart of the band’s most iconic single, the working-class anthem “Takin’ Care of Business,” was Bachman’s Chet Atkins.

The guitar’s theft in 1976 preceded another period of change for Bachman. Cranking out two albums a year had taken its toll on BTO. After Freeways, released at the height of the disco phenomenon in 1977, Bachman left. Solo and short-lived band projects followed. He reportedly lost millions in a bitter divorce and custody battle, and it seemed like he’d lost his mojo.

“It was like Dumbo’s magic feather,” says Bachman. “When that guitar was stolen, my magic feather was gone. I had a No 1 album and single with The Guess Who and BTO, and that has never repeated since 1976.”

Meanwhile, the search for the Chet Atkins continued. Bachman called guitars shops everywhere, without success. Gretsch, purchased in 1967 by the Baldwin Piano Company, had fallen out of favor amid changing musical tastes, so Bachman picked up old Gretsch guitars for a few hundred dollars or less. It turned into an obsession.

“My midlife crisis came, and it wasn’t a blonde chick in a red Corvette,” he says. “It took me 10 years, and I ended up with 350 Gretsch guitars.”

The hoard would later prove to be an unexpected boon. In 1984, family scion Fred Gretsch bought back the guitar brand from Baldwin, which hadn’t manufactured Gretsch guitars in years. But since the vintage specs had been lost in a series of factory fires, Fred Gretsch turned to Bachman for help. The company borrowed guitars from his collection and used them as prototypes for new instruments.

As rock stars returned to the brand, Gretsch prices exploded. Bachman’s collection was now worth millions. In 2008, he sold it to Gretsch and bought himself a penthouse in London. The deal helped put Bachman back in clover, but he couldn’t forget about his beloved Chet Atkins six-string. 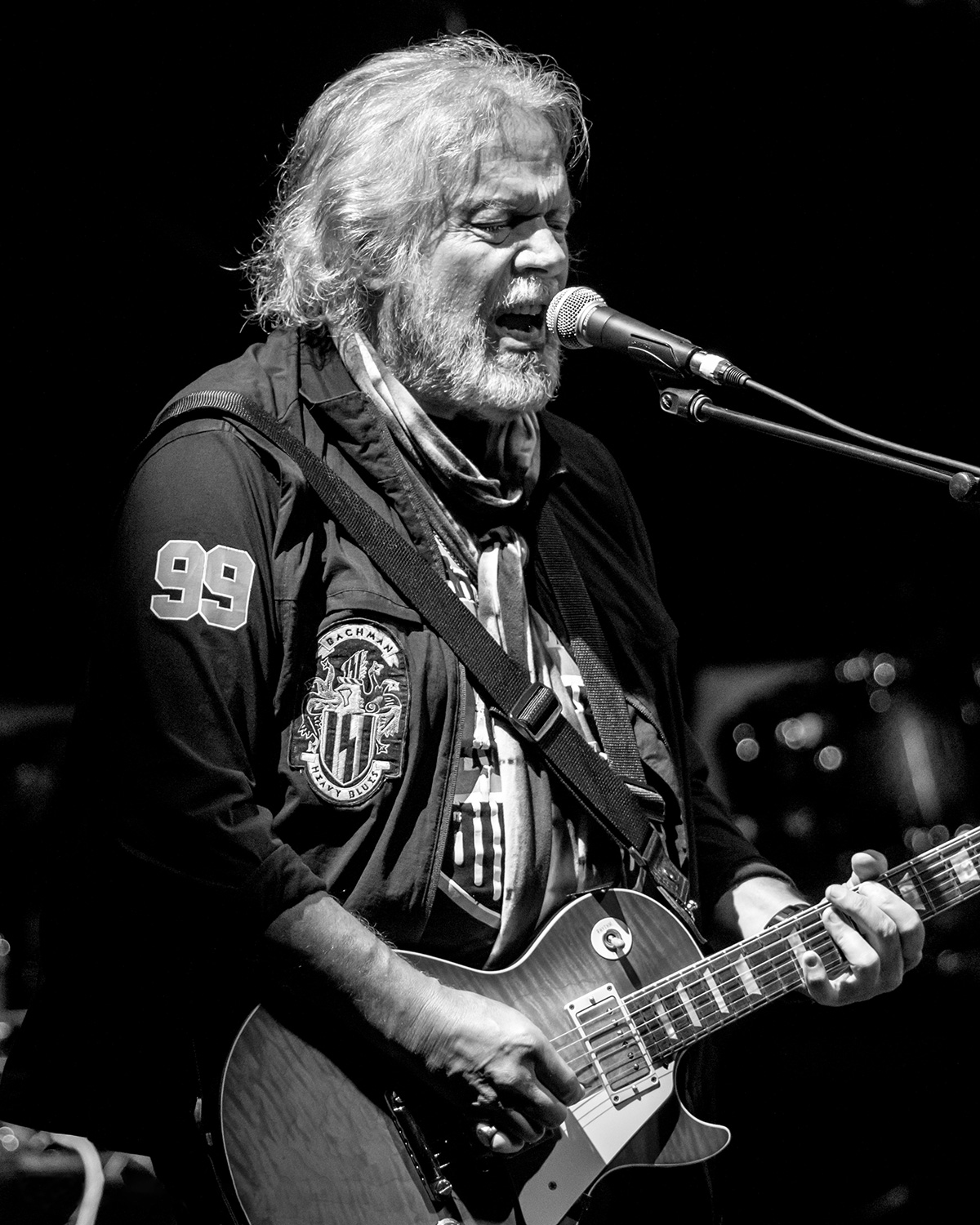 With live music shut down by the pandemic from 2020, Bachman had begun hosting jam sessions on YouTube with his son, Tal Bachman, known for his 1999 hit “She’s So High.” In 2021, the pair were riffing live when a YouTube message popped up. The sender, an amateur sleuth by the name of William Long, claimed to have found Bachman’s long-lost Gretsch.

Long, also living in British Columbia, had heard about the missing guitar online. Intrigued, he set about searching for images of the guitar and any distinguishing characteristics it might have. By enhancing a frame of a BTO video, Long noticed three distinctive marks on the guitar’s finish.

After a week of online research, he discovered that a Tokyo guitar shop had sold a Gretsch 6120 a few years earlier. He focused his attention on Tokyo-based guitarists. Days later, he spotted the instrument in a video from a bar in Japan. The musician was playing Johnny Marks’ “Rockin’ Around the Christmas Tree.”

“I knew instantly that was Randy’s guitar, a 100 percent match. The woodgrain fingerprint was a perfect match that no other guitar could have,” Long says. “Personally, it is a great feeling of accomplishment to have been able to find his guitar, change his life and see the renewed joy Randy will now have. With that Gretsch, he gave the world great music. It is rare that one can give something so meaningful back.”

The guitarist in the video was Takeshi Kaneda, a professional songwriter and lyricist known simply as Takeshi. In one of those quirks of fate, Tal Bachman’s partner, Koko, is Japanese, and she managed to contact the musician. A Zoom chat was set up. 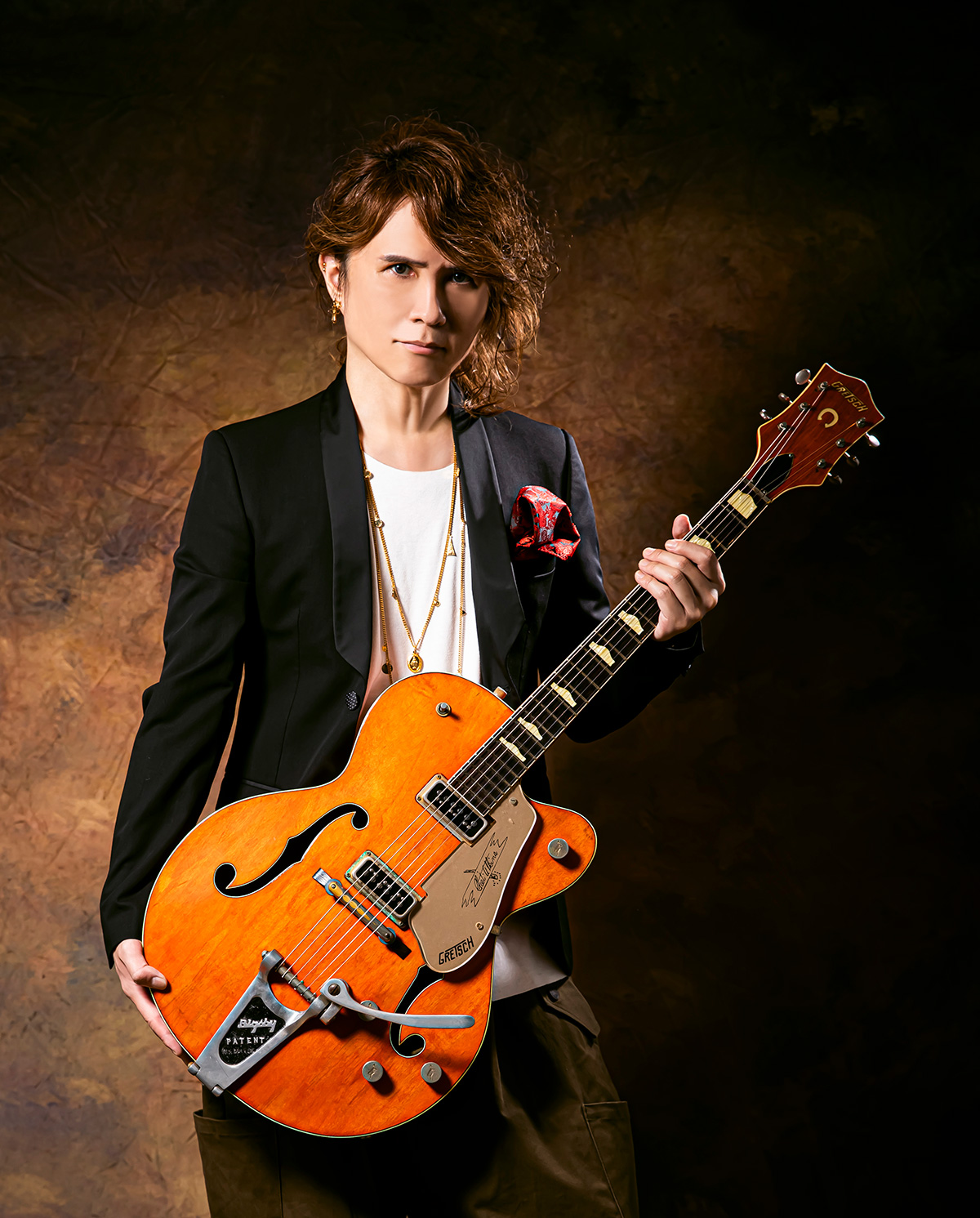 “When [Takeshi] brought it on the Zoom, I just started crying,” says Bachman. “It was like someone knocking on your door and saying, ‘Is your name George? I think I’m your daughter.’”

Takeshi agreed to return Bachman’s Gretsch if he could find a “sister” replacement—the same model from the same year that hadn’t been repaired or modified. Through his network of dealers, Bachman found one with a serial number only three digits off his own. For Takeshi, who has penned songs for J-pop acts like Tokio, Arashi and Kat-tun, finding the Gretsch in a Tokyo store eight years ago proved serendipitous.

“When I played it and compared it to some 1959 Gretches in the shop, the 1957 just had the perfect fit for me,” he says. “The thing about vintage guitars that makes them so attractive is you can dream that they were once owned by a superstar. That dream came true for me.”

Bachman and Takeshi don’t speak the same language, but they have bonded through music. The pair will meet when Bachman arrives in Japan in July, with the visit being recorded for a rockumentary. For the veteran rocker, it will be an emotional culmination to a 46-year quest that has crossed national and cultural borders.