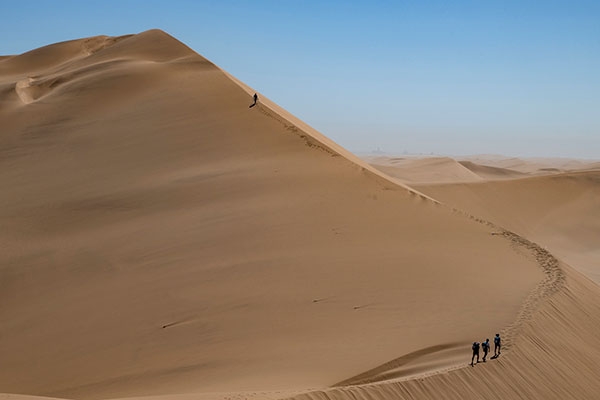 Challenged by a friend, Michael Benner tested body and mind in the harsh wilderness of Namibia.

The mercury hit record- breaking levels in Tokyo in June, but the temperatures in the high 30s were cool compared to what Michael Benner experienced in southwest Africa in May.

Benner, a 56-year-old energy strategy consultant, is an avid outdoorsman and fitness fanatic. He works out, runs and follows a mostly vegan diet. But even that didn’t fully prepare him for Racing the Planet’s Namib Race, a grueling 250-kilometer ultramarathon over seven days in the world’s oldest desert. It’s part of the 4 Deserts Ultramarathon Series, one of the most extreme endurance events.

“I went from basically no formal race experience to an ultramarathon,” says the American. “A close friend signed up and threw the gauntlet down at me. At certain points in your life, you want to get out of your comfort zone and try something really crazy. I’ve done that in the past but nothing this extreme.”

The Club governor had completed a 12-kilometer Spartan Race, with its series of obstacles and strength challenges, in Gunma Prefecture. But he had never competed in an ultramarathon or even been to Africa. What’s more, he had only recently recovered from a broken foot.

The Namib Race requires participants to complete 40 kilometers for four days, followed by one day of 80 kilometers and a final day of 10 kilometers. It begins and ends along the Skeleton Coast, an inhospitable strip of northern Namibia notorious for shipwrecks.

The event took Benner and the other competitors through unforgiving terrain, from Atlantic salt flats to inland, dry riverbeds to the crucible of the Namib Desert, home to the planet’s largest sand dunes.

“At one point, it was 55 degrees in the sun with a dry, dusty wind blowing into our faces for hours on end,” says Benner. “They had to cut that day short because there were people going down from heat exhaustion.” 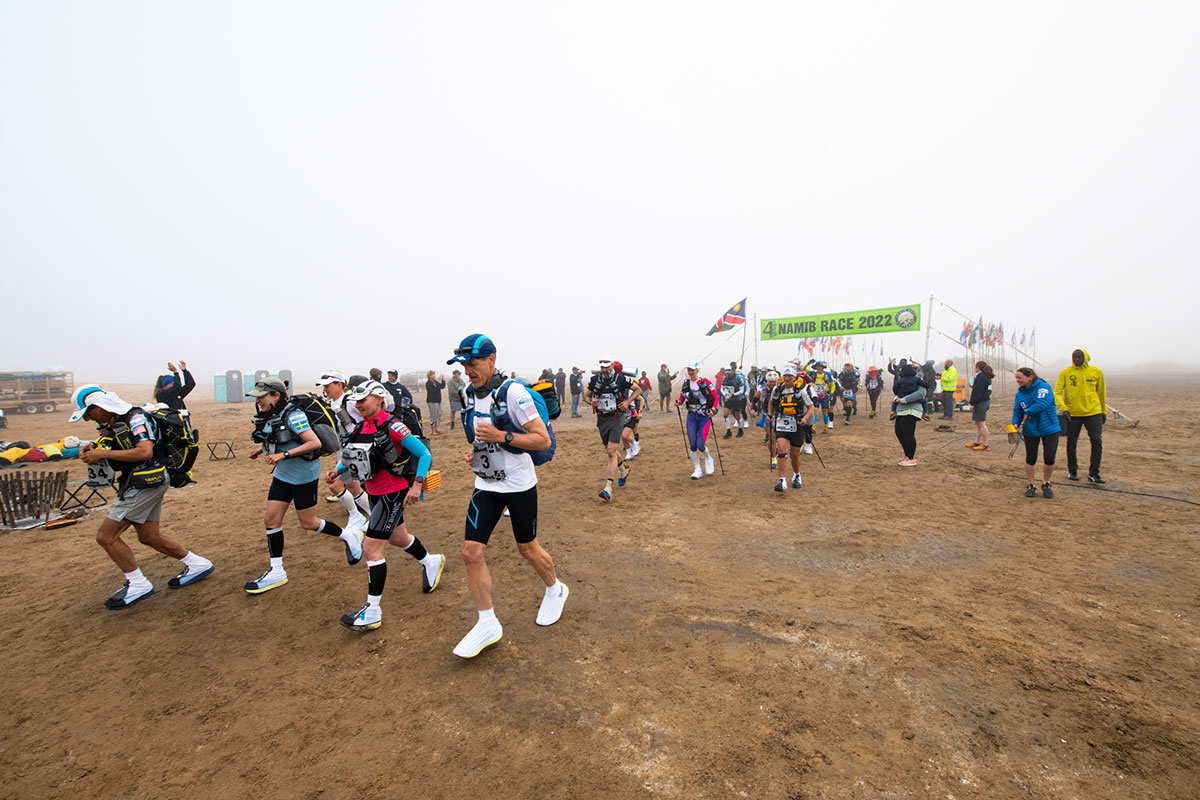 Runners are responsible for carrying their clothing, bedding and 14,000 calories of food, while water and tents are provided. Competitors set their own pace, alternating between running and walking. Despite months of base training, a broken foot threw off Benner’s plans. He confirmed his participation with only six weeks to fully prepare.

Having trained in cool, moist Japan, Benner struggled to adapt to Namibia’s hot, arid climate and to find the right calculus of electrolytes, calories and backpack weight, an essential formula for finishing. Eventually he found his rhythm and set the pace for his companions.

The event’s highlights, he says, included both the spectacular natural wonders, such as taking in the Milky Way arcing over the desert’s otherworldly Valley of the Moon, and the camaraderie among his fellow athletes. When they finally crossed the finish line, they celebrated with beer and pizza.

Benner, who is keen to take on another endurance challenge, says he formed deep friendships in those testing conditions.

“The people are all there for the same purpose and are all incredibly positive,” he says. “There’s a great vibe. You want to succeed and you want others to succeed, too. Everyone’s helping each other. You make some good friends over an intense, short period. When you share a common hardship, you share a bond that can’t be imitated.”