Learning to Engage from the Stage 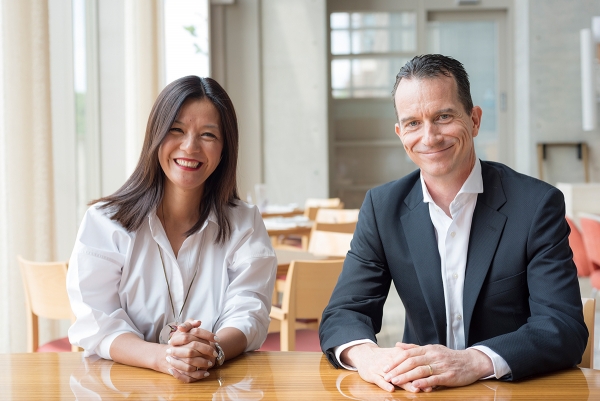 Two members of the TAC Toastmasters Club discuss the beneﬁts of raising their public speaking game.

Speaking in front of people is a necessary part of the job for Paul Timmons. But as managing director of an IT company, he wanted to learn how best to do it. The Irishman turned to the Club’s Toastmasters group in July 2017.

“Everyone wants to improve their ability,” says Timmons of the club’s other members. “Some people might need to do so for their work, others have been doing Toastmasters for years for fun. Everyone is very encouraging and it’s a good social group in which to make more friends, too.”

Started in 2013, the TAC Toastmasters Club is one of nearly 16,000 clubs worldwide that help their members enhance their communication, presentation and leadership skills.

Timmons, 53, has completed six of the program’s first 10 speeches, which emphasize different skillsets, such as speech structure, conciseness or expression. While he hopes to finish the remaining four this year, he stresses that Toastmasters is about continuous development.

The group, which meets twice a month, is made up of a variety of ability levels, backgrounds and mother tongues. While only three people give a prepared speech at each meeting, other attendees take smaller roles, such as running the session, keeping time, counting a speaker’s filler words, giving a short speech on the topic of the day or evaluating a speaker.

“It’s not just about speaking, it’s about getting your message across,” explains Timmons, pointing out that posture, eye contact and visual aid use also affect the impact of a speech.

Evaluators, he adds, help highlight bad habits, so speakers can address them through practice and grow in confidence.

Vietnamese-born Nhu Nhu Vu, who became a fluent English speaker as a teenager in the United States, agrees. Another relative newcomer to Toastmasters, she describes the club as a “safe space” in which the “people who provide feedback genuinely want me to improve my art.”

Although Vu, 42, hasn’t yet delivered one of the main speeches, she says she is inspired by the quality of the speakers. A former writer and communications guru, who now works as an executive coach, she says she is keen to share stories and life experiences with an audience. Her dream, she adds, is to speak on professional development or lead workshops.

“Learning to speak better has always been something I’ve been interested in, and Toastmasters is also about building soft skills, such as confidence, quick thinking, alertness and organization of your thoughts. Anyone can learn,” says Vu, adding that both native and non-native speakers of English can benefit from Toastmasters.

According to Vu and Timmons, delivering a good speech can be exhilarating. And the effect appears to be long-lasting.