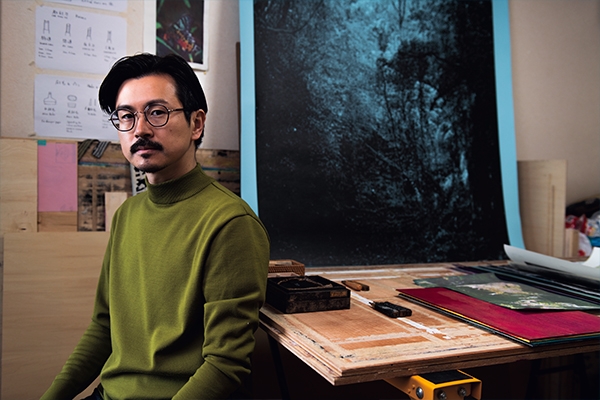 Katsutoshi Yuasa describes how his blend of photography and printmaking carries woodblock carving toward a new frontier.

At the invitation of the National University of Central Buenos Aires, he conducted a two-week workshop on traditional ukiyo-e woodblock techniques, employed to legendary success by Edo-period titans like Kitagawa Utamaro and Katsushika Hokusai.

Now that Yuasa is back in his east Tokyo workshop, the real work can begin.

Yuasa is equal parts photographer, mokuhanga woodblock carver and printmaker. Most works begin with a photo from his travels, often depicting nature, man or both. He carves facets of images and overlaying patterns onto as many as four different blocks of premium shina Japanese plywood.

Finally, he prints onto handmade washi paper in a subtractive palette of cyan, magenta, yellow and black. This combination, as with the sum of every step of the process, yields much more.

Yuasa demonstrates his approach  with a work he completed after surveying the devastation inflicted on Fukushima Prefecture in 2011’s earthquake and tsunami. By overlaying images of a train station pre- (printed in cyan) and post-disaster (magenta), the debris appears as a ghostly shadow. A carved web of ragged lines resembles fabric worn threadbare.

“You can say, ‘Oh, this is beautiful,’ but where does [the beauty] come from?” Yuasa asks his audience to ponder.

Yuasa first experimented with his method in 2003 as a student at Musashino Art University under Ayomi Yoshida, the fourth-generation scion of an established artistic family. More trial and error followed when he enrolled in a master’s program at London’s Royal College of Art. During a subsequent residency at the State Academy of Fine Arts in Amsterdam, Yuasa codified his contemporary take on the 400-year-old art. 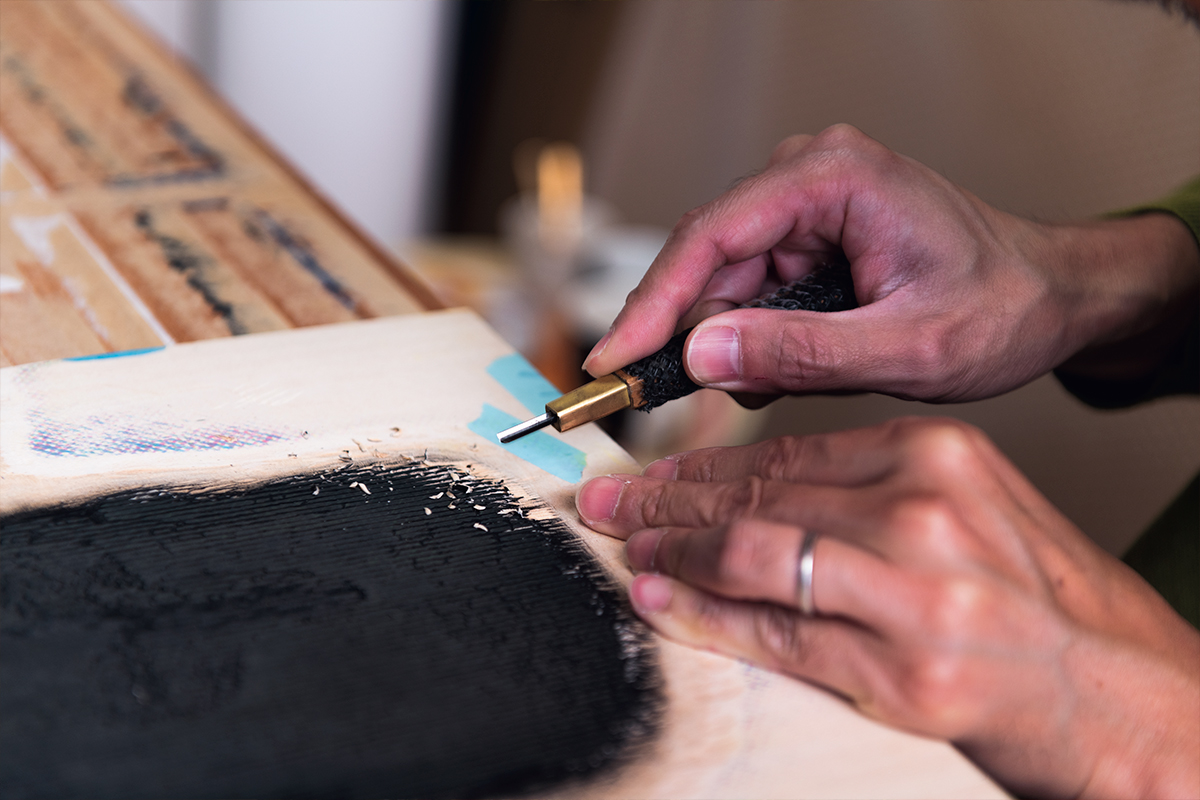 Today, Yuasa and his family mainly live off the sales of his works, such as those he exhibited at the Frederick Harris Gallery last year. He splits his time between his workshop, overseas residencies each year and a classroom at Tokyo’s Tama Art University.

“Almost every day, [I’m working on something new],” Yuasa says. “And when I’m carving, I’m thinking about a new work or some concept.”

Until 2014, he lectured on woodblock printing at his alma mater. Of course, he covered the rote technical necessities, but he also pushed his students to consider influences they might absorb at art schools abroad.

“Actually, the university didn’t want me doing that,” admits Yuasa. “In Japan, we should learn good technique for good work.”

Even in novices, Yuasa values an adventurous spirit.

“I want to show [my students] more expanded possibilities.”