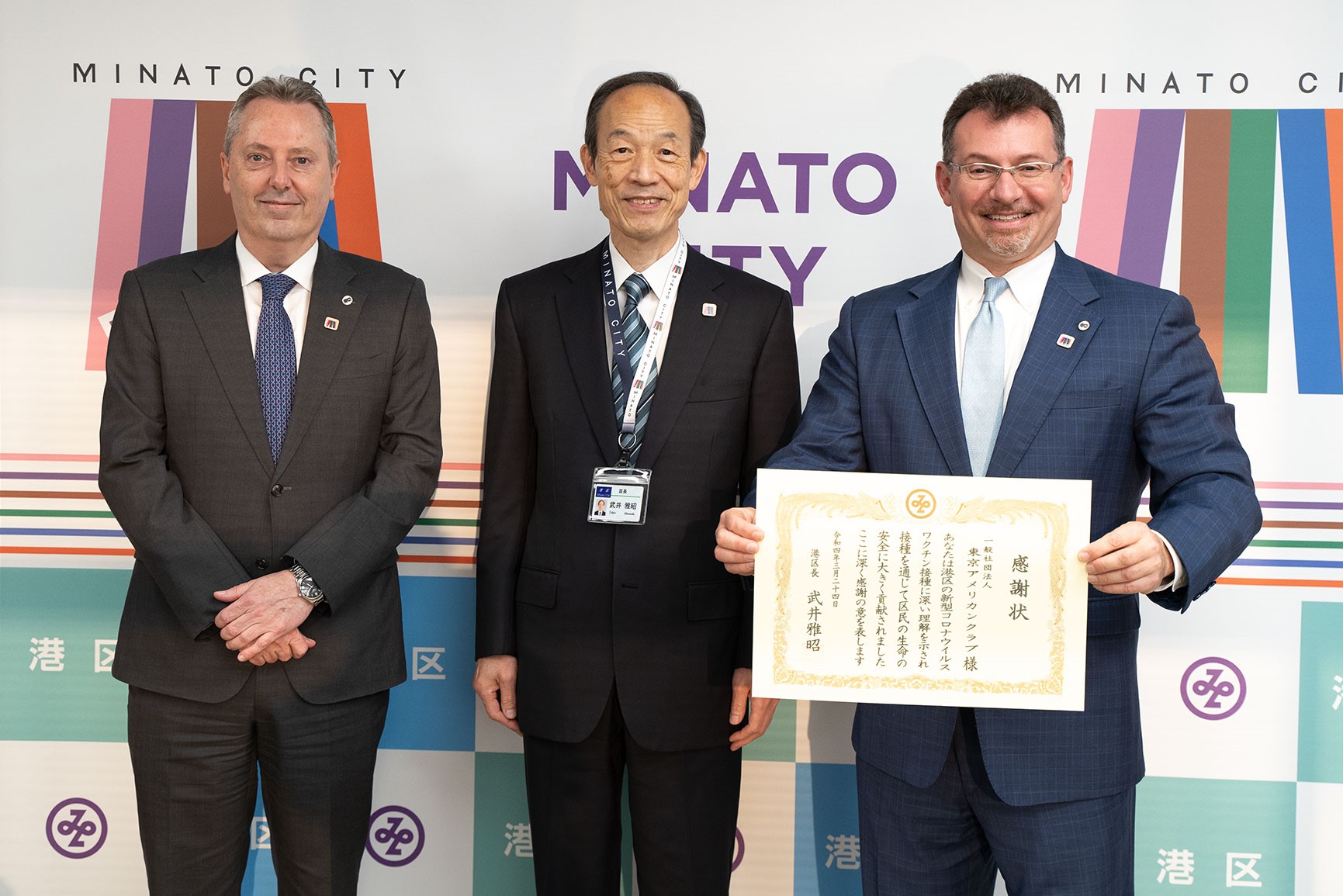 Rogan initiated and led the vaccination center project, which ran from last July to September.

More than 25,000 people, including local residents, Club Members and staff, received two doses of the Moderna vaccine over the summer.

One of seven Minato vaccination sites, the Club's B2 center administered around 30 percent of all shots in the Tokyo ward.

Rogan reflects on how the initiative came together in his column "Community Effort."

Read more about the project in the August 2021 issue of INTOUCH magazine.