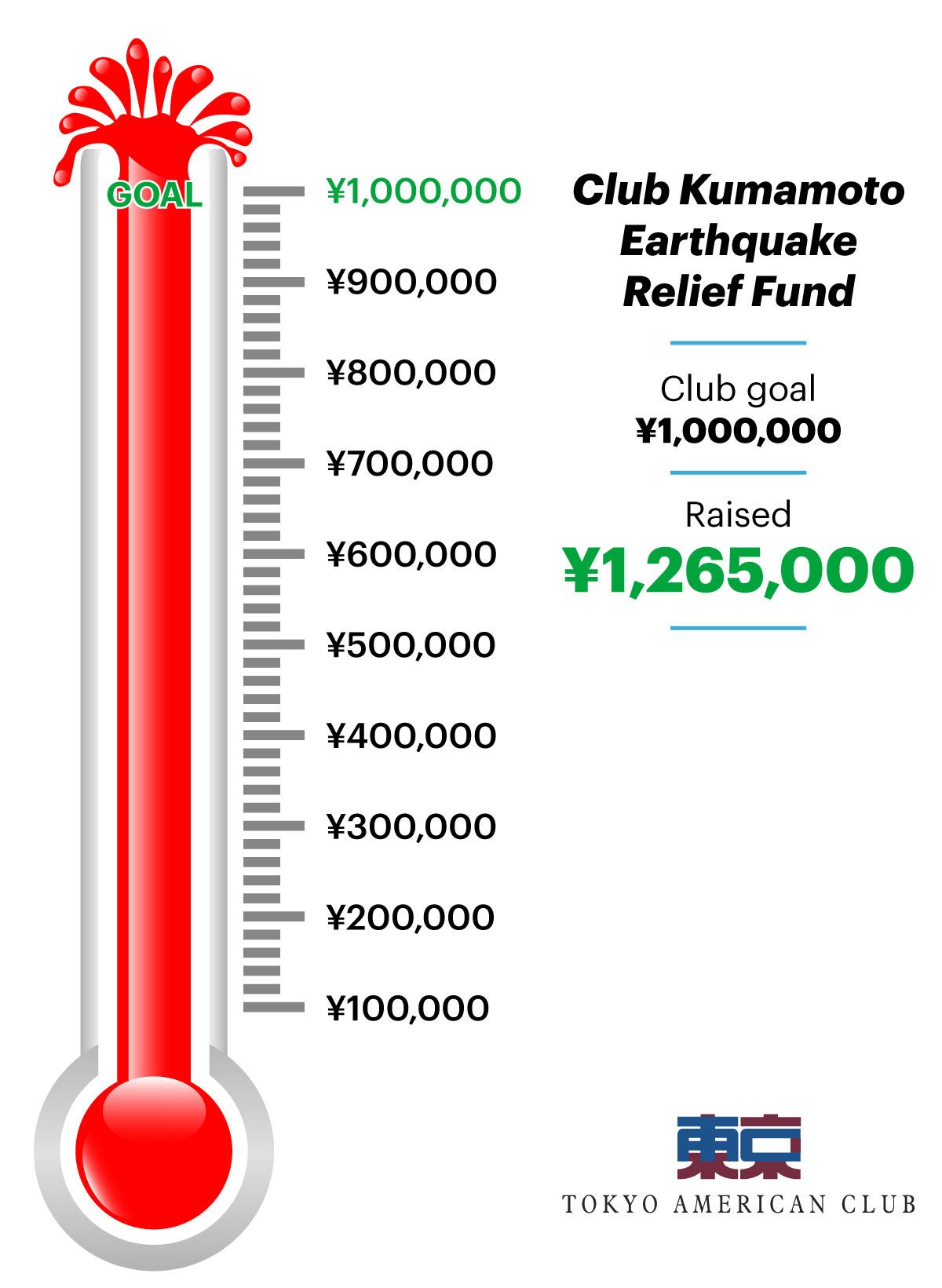 The Club raised more than ¥1.2 million for its Kumamoto relief fund.

The fund, which concluded with the Kumamoto Charity Wine Dinner on July 1, will be used for recovery work in parts of Kyushu struck by a series of earthquakes earlier this year. 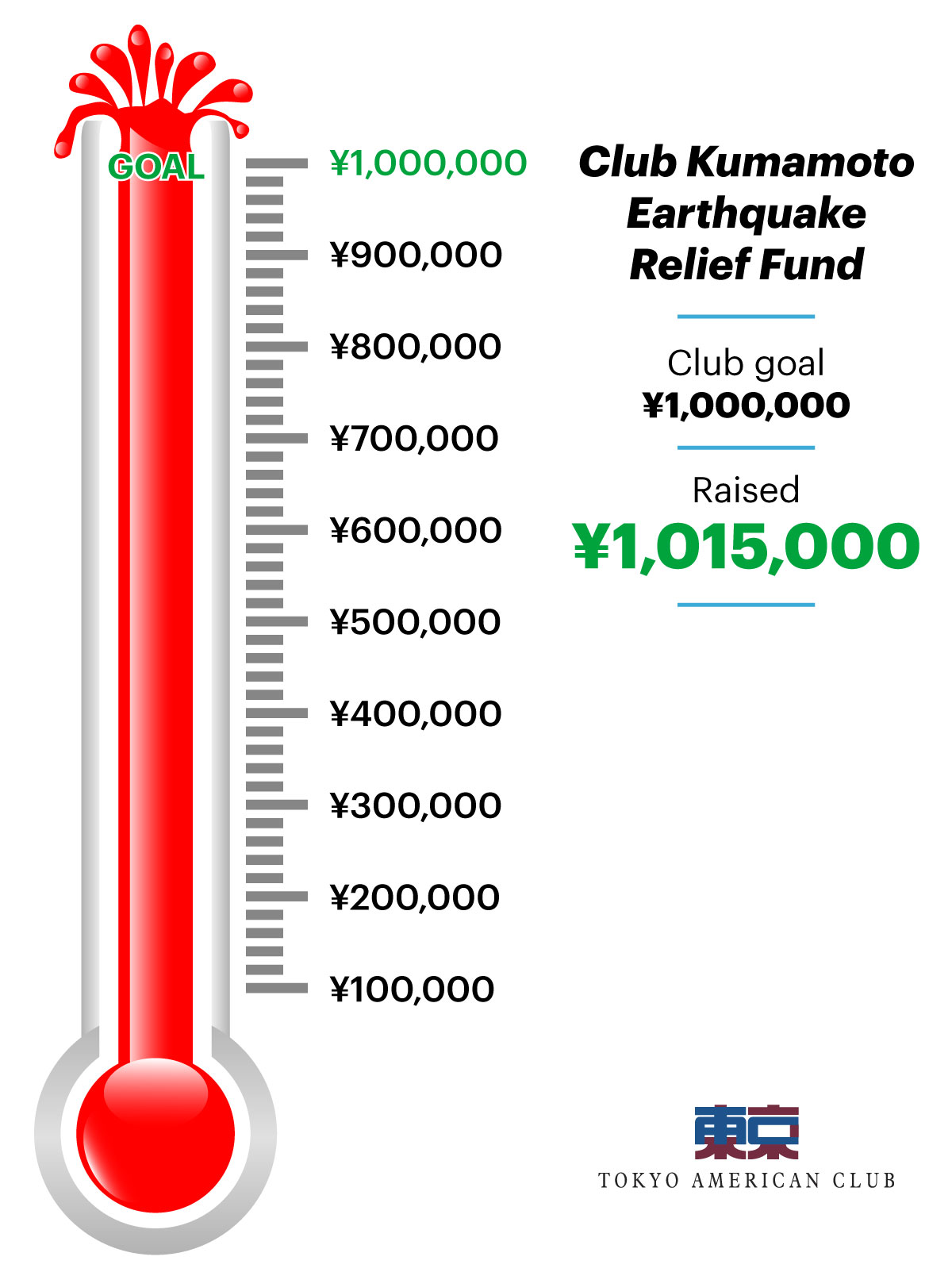 The Club has exceeded its Kumamoto relief fund target of ¥1 million.

Following the earthquakes that struck parts of Kyushu, the Club's Culture, Community & Entertainment Committee set up the Kumamoto Earthquake Relief Fund, which has received contributions from Members through the Club website and Members Services.

The fundraising campaign wraps up on July 1 with the Kumamoto Charity Wine Dinner.

CHOP Steakhouse has been awarded three stars for its wine list for a second consecutive year.

Now in their third year, the World of Fine Wine awards are "rapidly becoming as coveted as Michelin stars," according to Gerard Basset, the 2010 winner of the best sommelier in the world competition.

"That the CHOP list is dominated by California is not surprising, given that the restaurant is inspired by the steakhouses of the USA. But there are other strengths, too, in a list that also features intelligent choices from Europe and the rest of the New World," concluded the judges last year.

Three stars are awarded to wine lists that have exceptional breadth; a range of leading producers; a good mix of vintages, styles and prices; an extensive by-the-glass program, with a wide selection of half bottles and larger formats; outstanding organization; and originality, personality and vision. 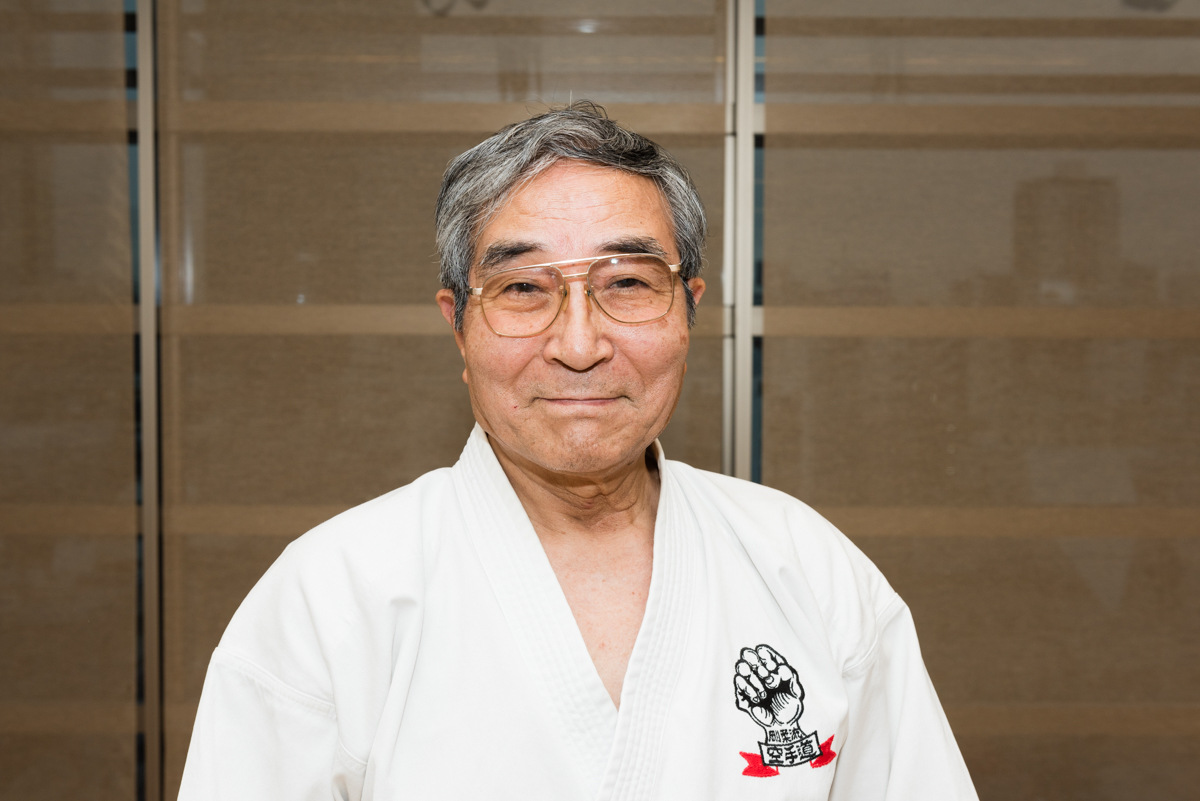 Gojuryu karate grand master Goshi Yamaguchi has retired after 40 years of teaching the martial art at the Club.

The third son of Gogen Yamaguchi, the founder of the International Karatedo Gojukai Association (IKGA), Yamaguchi, 73, began practicing karate at the age of 8 and has been teaching it for more than 50 years. He has mentored students in over 40 countries.

Member Greg Story and his son, Riki, studied under Yamaguchi at the Club. The Australian, who has practiced karate for 46 years, described Yamaguchi as "the epitome of humility."

"He is also one of the most patient of karate teachers," Story said. "Teaching children is a challenge, yet he took such care with each student. He always focused on the good points of the students, not the bad points, and encouraged them to improve."

The Gojuryu karate program will be taught by Anthony Palumbo, who formerly assisted Yamaguchi. 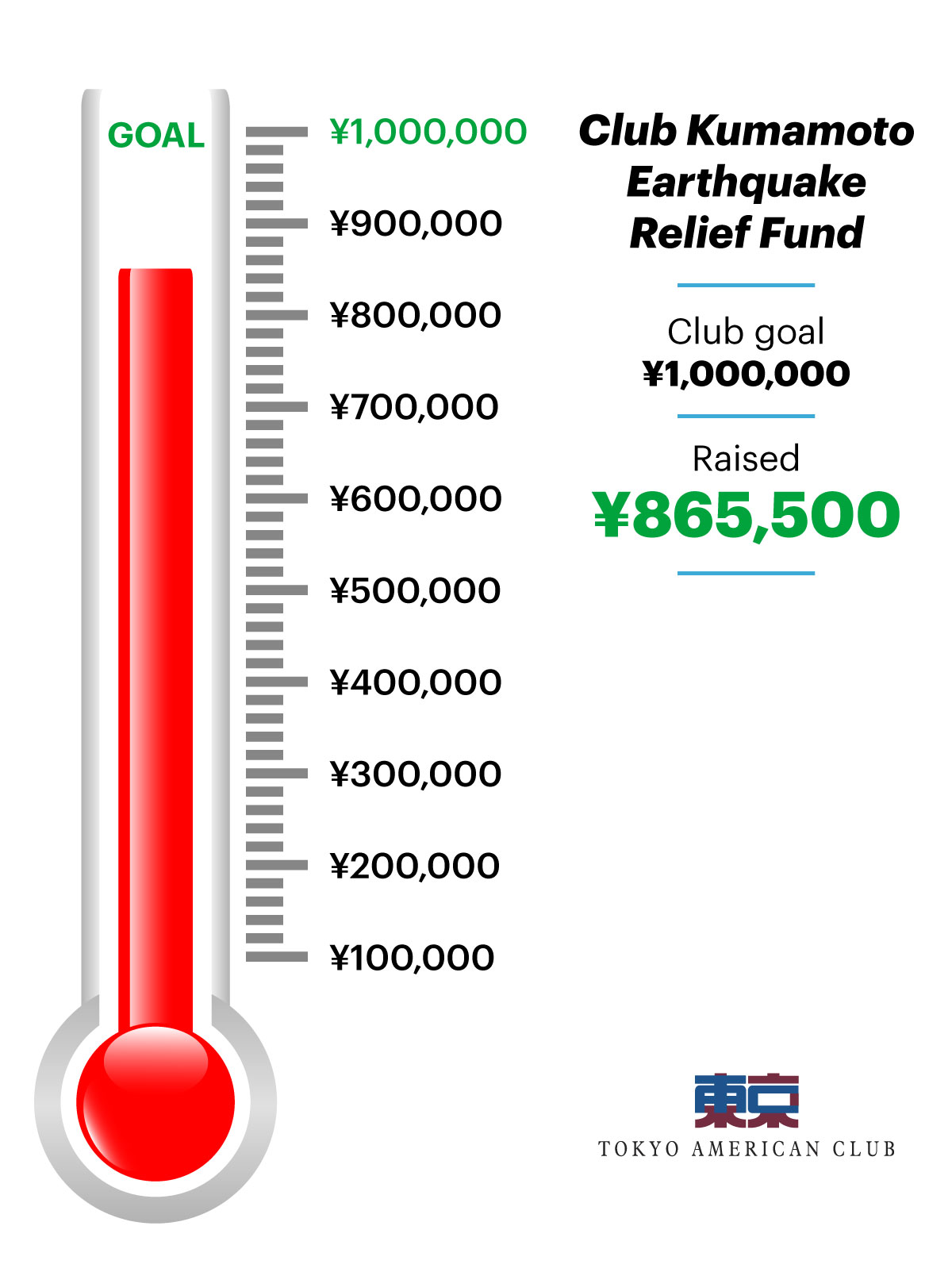 The Club is nearing its ¥1 million donation goal for its Kumamoto Earthquake Relief Fund.

Launched last month after the earthquakes that struck parts of Kyushu, the fund has received generous contributions from Members through a dedicated online fund page and Members Services and at the recent First Friday: Cinco de Mayo event.

Help the Club reach its ¥1 million goal by making a donation to the Culture, Community & Entertainment Committee-organized fund before June 30.